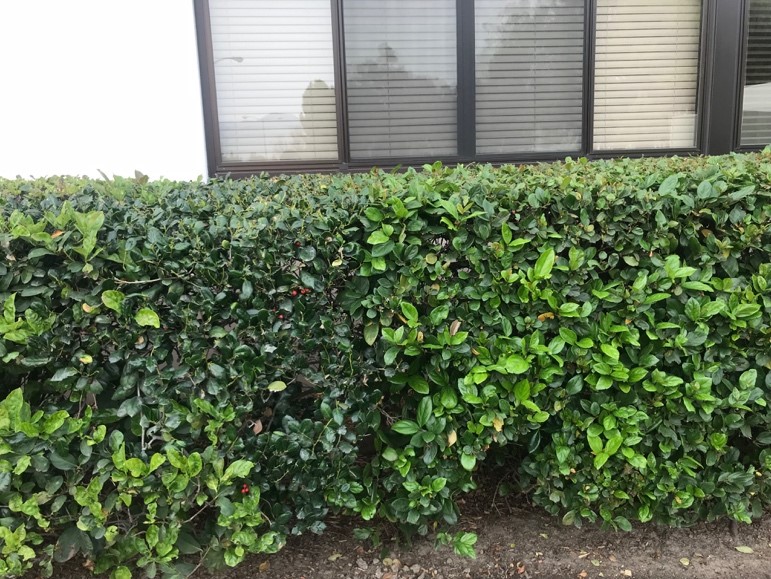 Leaves: The leaves of Wilson Holly are compound and alternating [11]. The appearance of the leaves is green, shiny, dense and thick (Figure 2) [5, 10]. Additionally, the leaf blades are approximately 2-4 inches in length, stiff in toughness and have a leather-like texture [12]. The leaves also can have distinct yellow veins [11]. 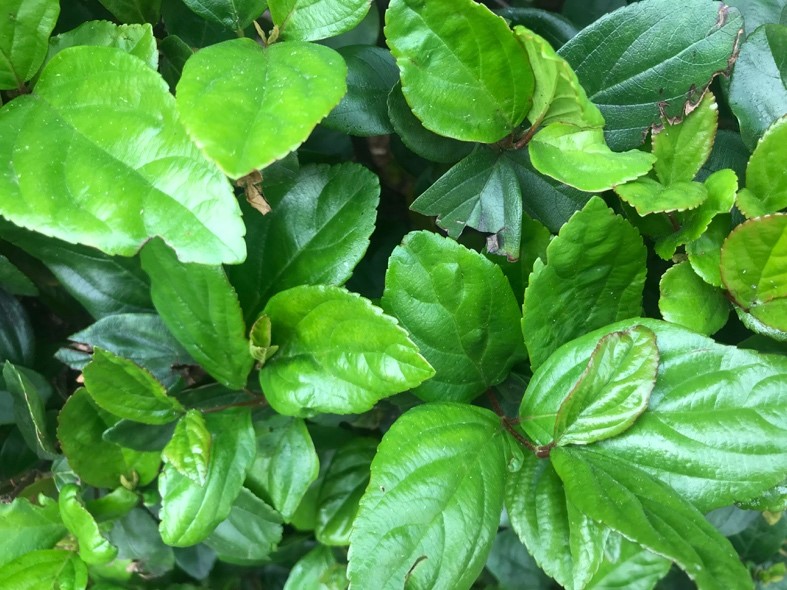 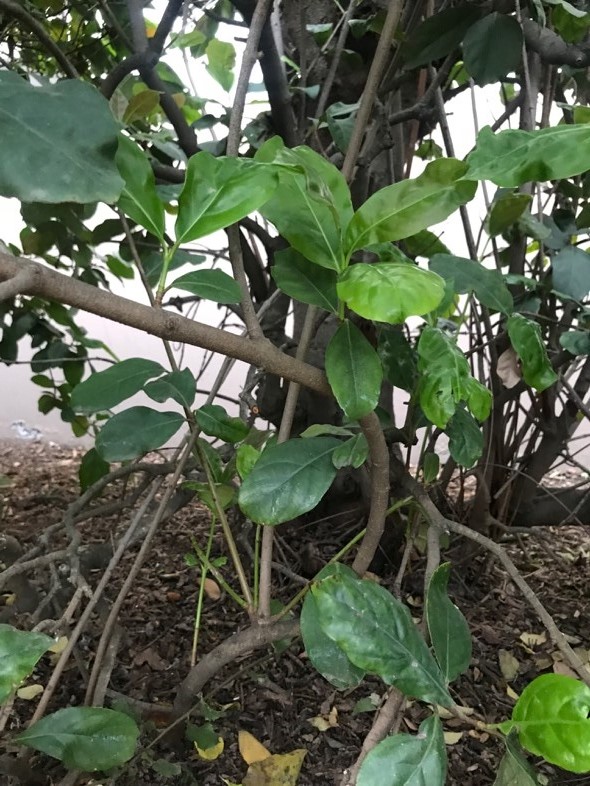 Flowers & Fruit: The Wilson Holly is often pruned as a shrub (Figure 1) and in parts of the trees on the stem connecting the leaves are clusters of fruit (Figure 4) or also referred to as drupes  (i.e., resembles red berries) [5]. The Holly flowers in the spring and has male or female flowers [8, 12]. 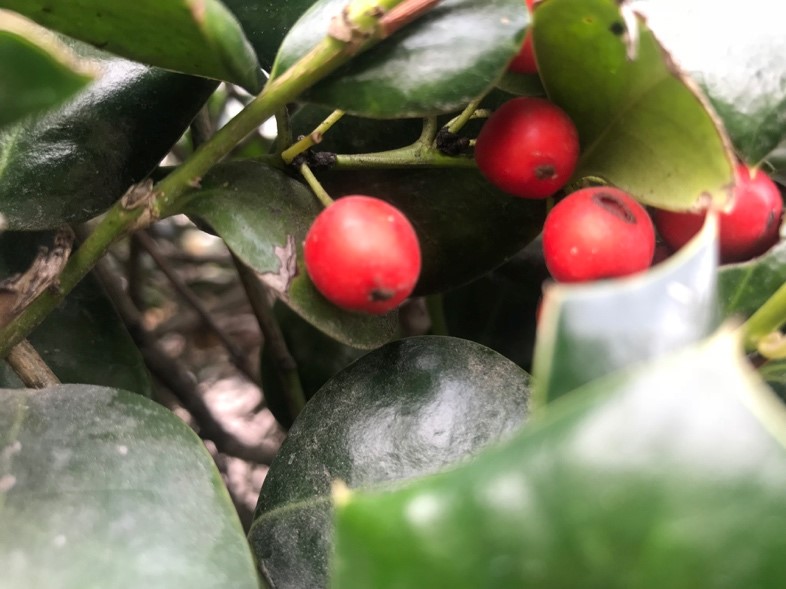 Native range: The Wilson Holly is typically found in tropic, subtropic, and temperate regions throughout the world (5, 6]. This shrub is currently found in North America (along the coast of California all the way to British Columbia), where it occupies forest habitats [5]. The ancestral background of the Holly suggests that their ancestors were first found in Gondwana and Laurasia when the Earth’s mass separated [5]. Many Wilson Holly species were found in the Laurel forest [5]. This type of native habitat included qualities of high humidity, mild temperatures (Wilson Holly typically cannot withstand extremely cold temperatures), copious rainfall, and is located on slopes of tropical mountains (e.g. cloud forests) [5]. More specifically, some biotic factors in the Wilson Holly’s environment would include leaves on the forest floor, animals, and plants that are in the environment for the Wilson Hollys’ native habitat [5]. Whereas, some abiotic factors in the surroundings of the Wilson Holly would include water from rainfall, temperature, humidity, etc. for the Wilson Holly’s native habitat [5].

Ecological notes: Many of the Holly species are dioecious trees and require males and females both to be planted if fruits are desired [10]. A Holly berry consists of one seed in which the berries (red) are primarily dispersed by birds [4]. The Holly berries are eaten by wildlife (exception of deer) as fruits [10]. The Wilson Holly has adapted to many conditions due to its geographical locations across the country. The tree does well in both shade and sunlight [7]. Pests and diseases that affect the Wilson Holly are leaf miners (i.e., flies), mealybugs, scales, and sooty mold (a type of fungi) [10].

The Wilson Holly signifies economical importance for numerous reasons. For example, Wilson Holly is readily utilized in tree nurseries, holiday decor, and tea production [6]. Wilson Holly is widely used as a decorative piece because of its distinctive green leaves and red berries [6]. For that reason, Holly is used in many households during Christmas [6]. Additionally, Holly has also been utilized to construct furniture because the wood of the Holly is readily susceptible to the exposure of dye [13]. The Wilson Holly has illustrated its importance in many various ways from its ecological importance to traditions and cultural significance [6].