-Has round to broad and dense crown.

-Commonly has a densely branched trunk. 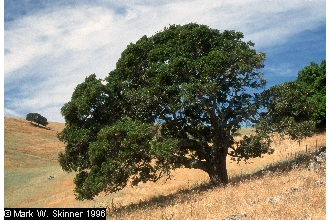 -Smooth and shiny green on top of leaf

-Duller green and fuzz present on bottom of leaf. 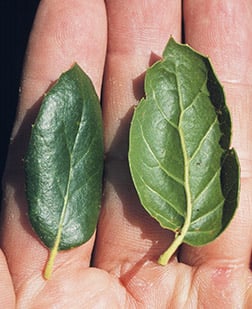 -Twig commonly has a slender width. 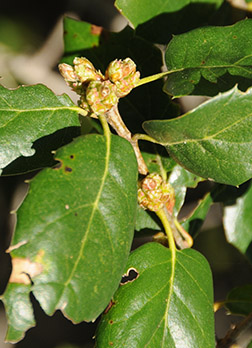 -Bark is gray-brown when young and black and brown striped when mature.

-Bark becomes darker as it matures.

-Bark is smooth and develops light gray ridges as it matures. 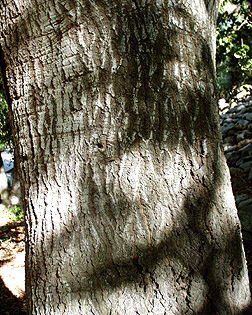 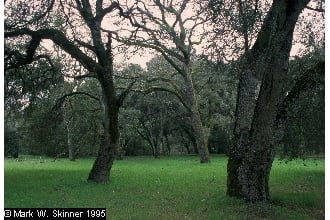 -Flowers have both male and female reproductive organs (monoecious). 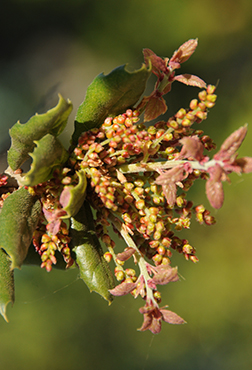 -Fruit produced is a light-brown acorn that are about ¼ enclosed in the cup. 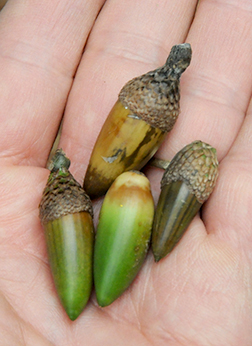 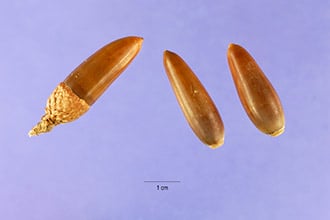 -Tree often found in valleys and near streams. 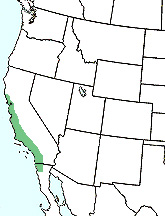 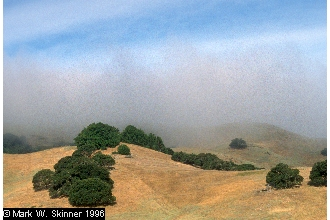 -The cooked seed is considered a staple food source used by Native American Indian tribes. (dried or ground into powder to thicken stews)

-Galls on tree (abnormal growths sometimes found on tree; caused by larvae of insects) are very astringent (drying), and can be used to help treat hemorrhages and dysentery.

-Buttons can be made from seed cups. 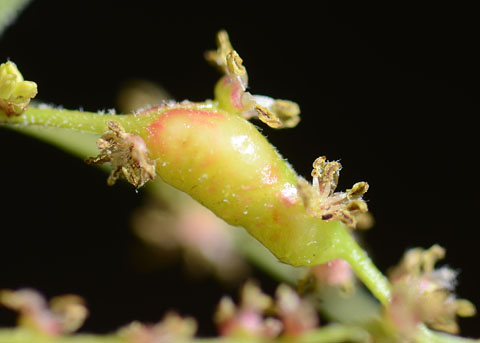 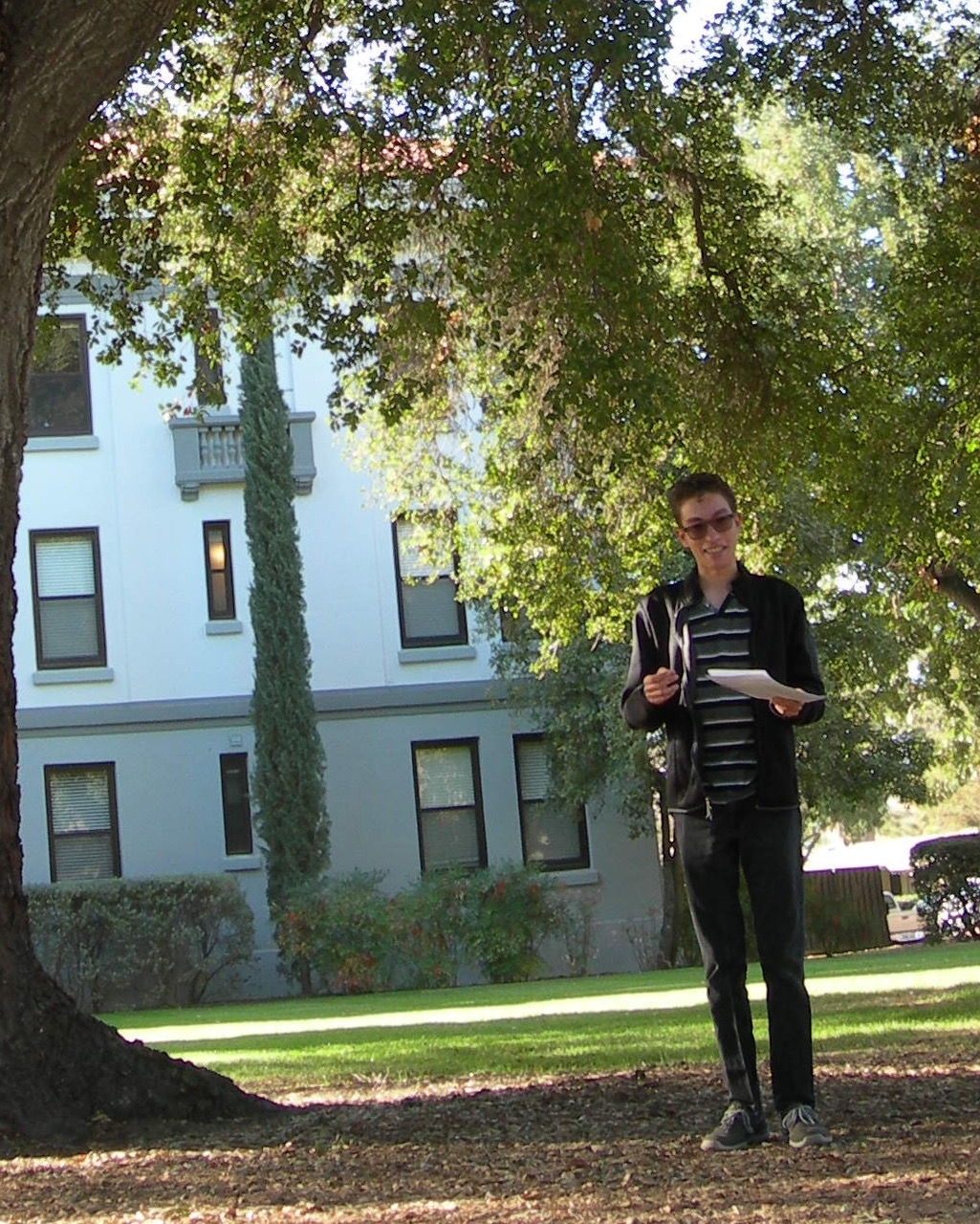