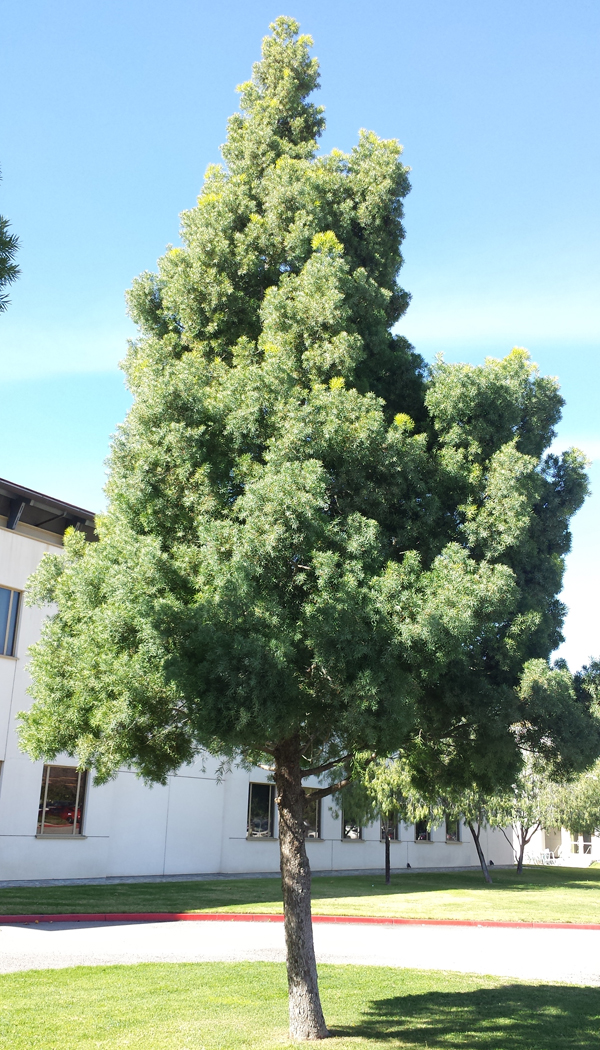 Habit: The Fern Pine grows upright without the need for added support and requires a large space in which to grow.  The trunk is rounded and the tree itself can reach a maximum size of between 50 and 65 feet vertically and 2 to 3 feet in diameter. The tree’s foliage is classified as evergreen. While the leaves may vary in shade, their color will remain green. The tree is taller than wide and has a dense foliage of thin spear-shaped leaves.

Leaves: The leaves of the Fern Pine grow in clusters and have an irregular growth pattern, each leaf can grow up to 4 inches in length. 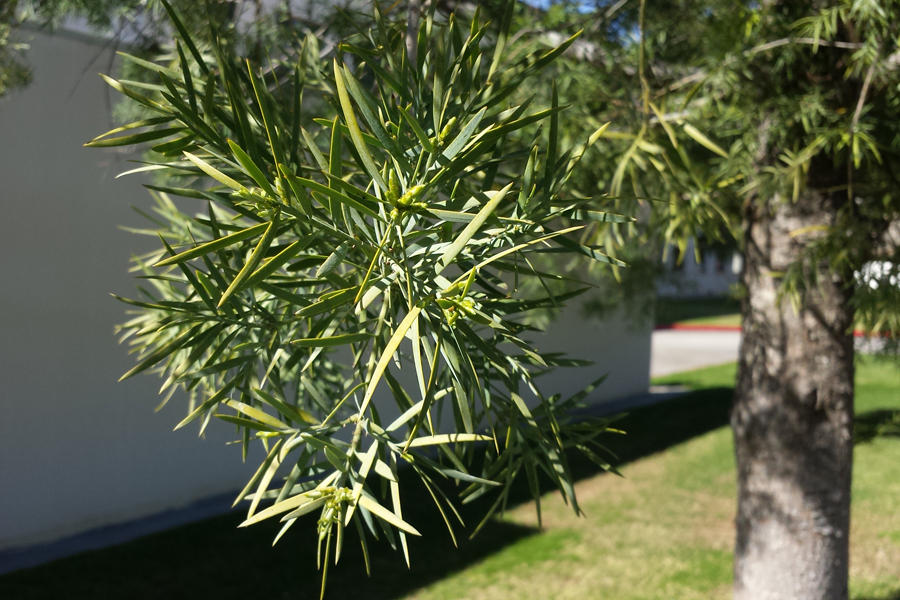 Twigs & Bark: The bark is fine and scaly, starting out a reddish brown that turns to light grey as the tree matures. The twigs of the tree are long and skinny, droop at the tip, and produce small pointed buds. 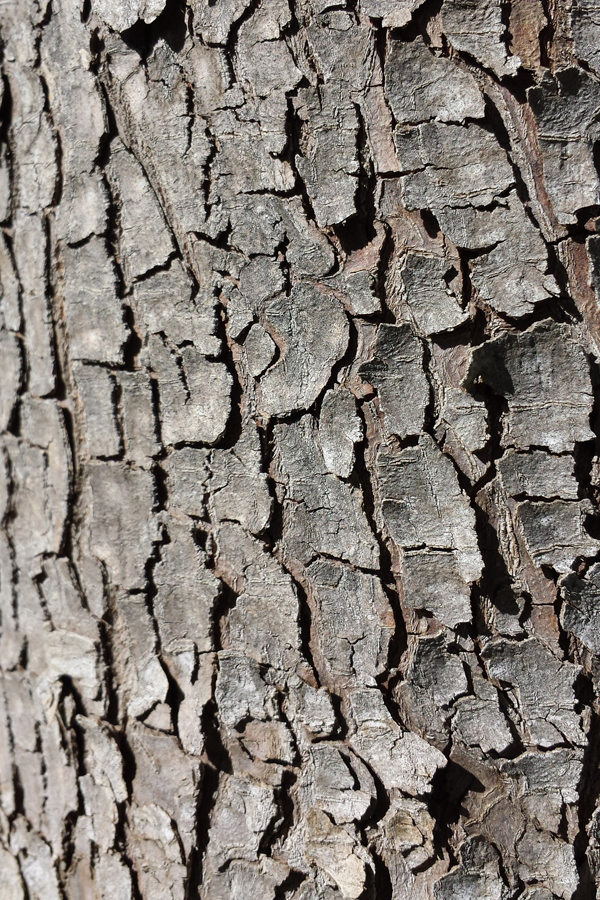 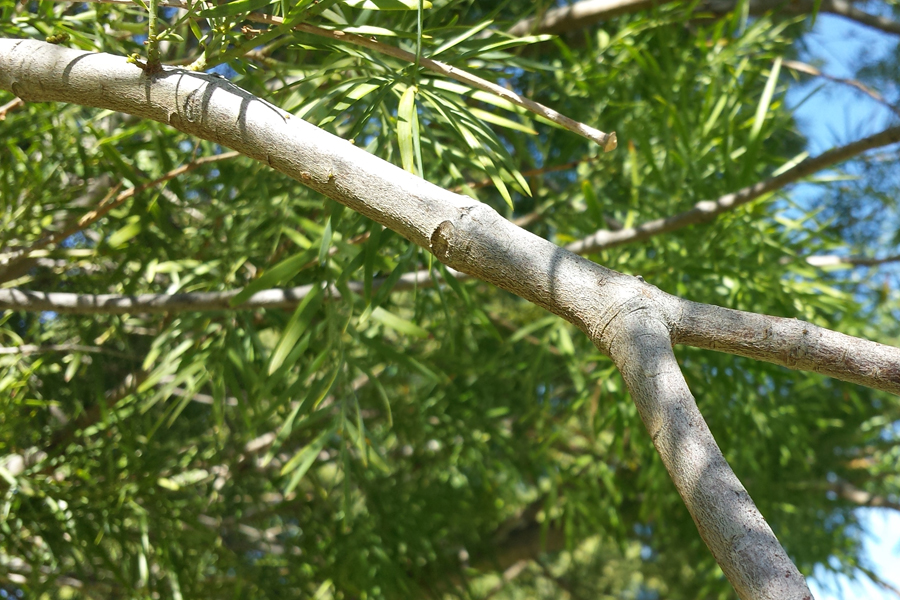 Flowers and Fruits: The flowers are not easy to spot. The male flowers are yellow and cone-shaped in the range of 1 inch long while the “female flowers only occur solitary from the leaf axis.”(Seiler Jensen Niemiera, 2017)  The fruit is round and fleshy unlike most evergreens, which produce cones, and goes through several colors including green, yellow, and red when ripe. The fruit usually passes on its seeds when it is ingested and then later defecated by monkeys and birds. 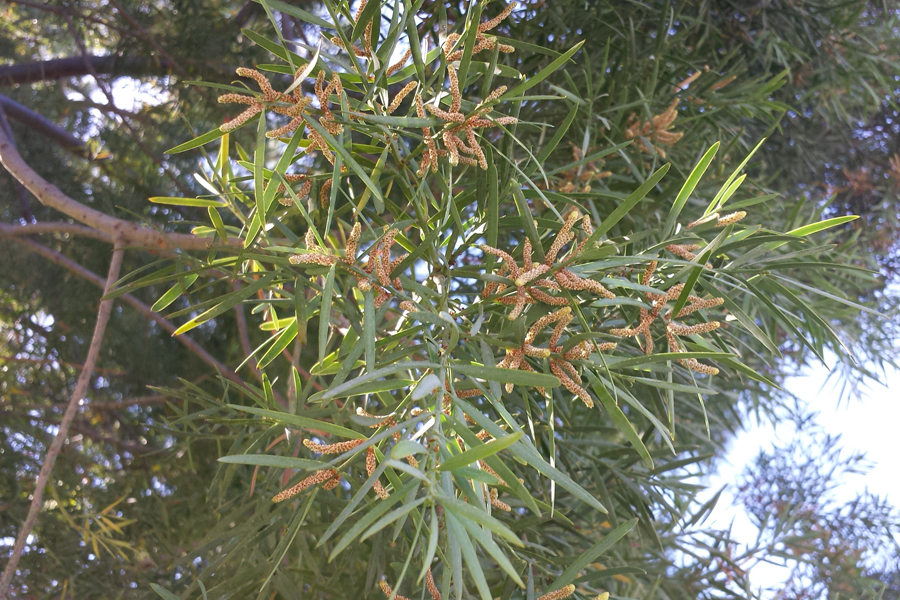 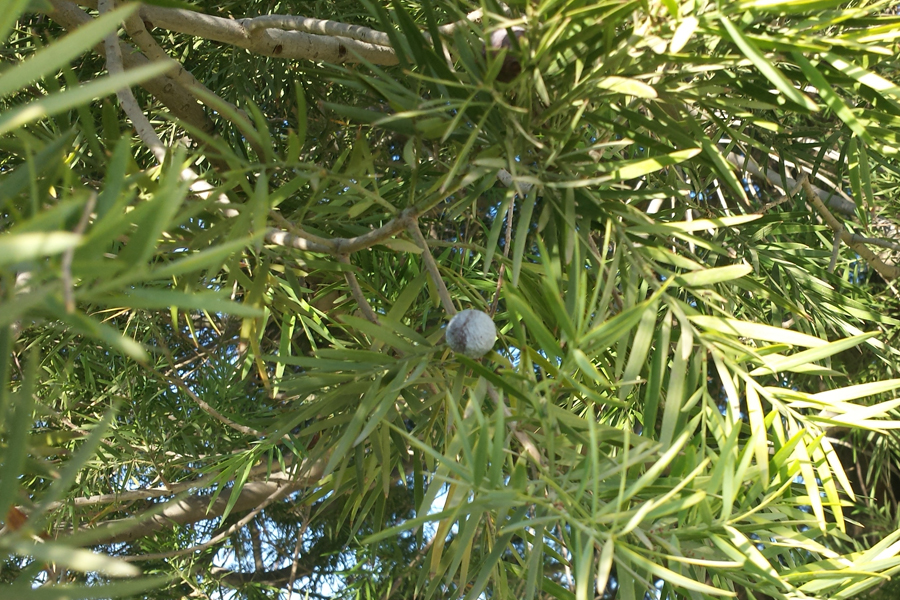 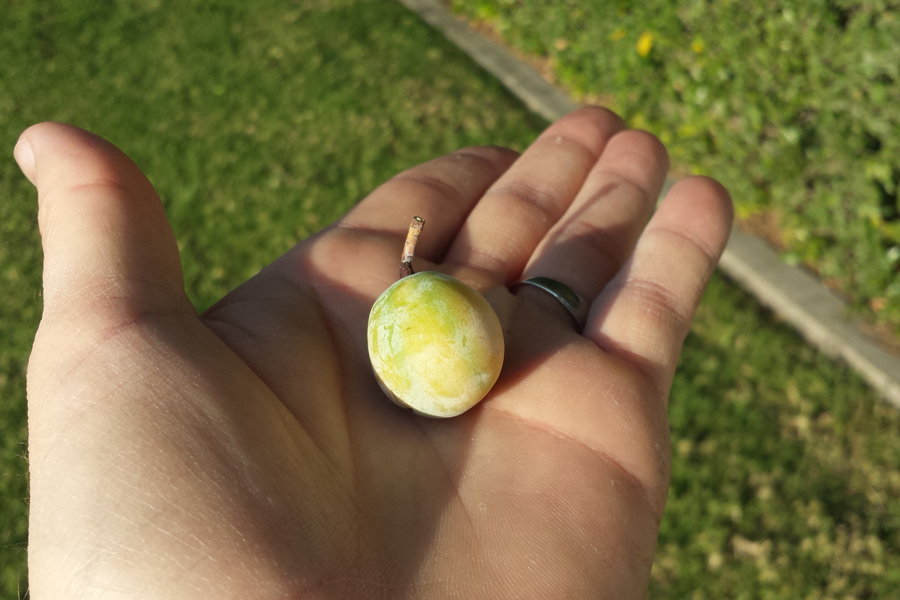 Where it is From

Native Range: The Fern Pine was originally native to Eastern Africa. The tree is better suited to grow in warmer climates although it can resist temperatures as low as 15 degrees Fahrenheit, “It grows best in USDA zones 9-11” (Myers, 2017).

Ecological Notes: The Fern Pine is also a very resistant tree in terms of ecological factors, the tree has a good drought resistance and can live in environments were smog is produced, making it popular for urban landscapes. The tree does best when exposed to direct sunlight or in light shade. To do best the tree should be planted in conditions, which will protect it from frost even though it is tolerant to lower temperatures. Although the tree is resistant to smog, it does not have the same resistance to aerosol salt, therefore to thrive it should not be planted in areas that receive spray or mist from oceans. While the tree is resistant to most pests and diseases, it is susceptible to damage from aphids, scale, and sooty mold. The tree should be pruned at a young age the desired shape, after which pruning is not necessary. While the Fern Pine is young it should be hydrated with 15-20 gallons of water per week, but as it matures it is acceptable to water with the same amount every other week as it is drought resistant under-watering is not a large concern.

Its mixture of smog resistance, low maintenance, and large temperature range, as well as its ability to survive in acidic soil, make it easy to grow in an environment like sidewalks, along highways and porches. In addition, the tree very rarely lifts sidewalks (an important factor when being grown in close proximity to streets and sidewalks). When growing in containers the best sizes to accommodate root growth are #5, #15, and either a 24 or 36inch box. The growth rate of the Fern Pine usually ranges within 12-36inches per year and in general has a longevity of around 150 years. The tree is also best grown on the north side of buildings to protect from heat at a young age.

In East Africa (where it originates) the tree is used for carpentry, paneling, and flooring, as it is a hardy wood. It is more commonly used in the United States as a decorative plant (depending on how it is pruned it can be used as a bush or a tree) and finds its home in many urban and suburban areas as houseplants or decoration for streets and sidewalks. In addition to being used for decoration, the Fern Pine is commonly used as a privacy shrubbery as it can be pruned to take a hedge-like shape it is often used on properties that are very close to each other as a border.

All pictures were taken by Dustin VanOverbeke on the University of Redlands campus. 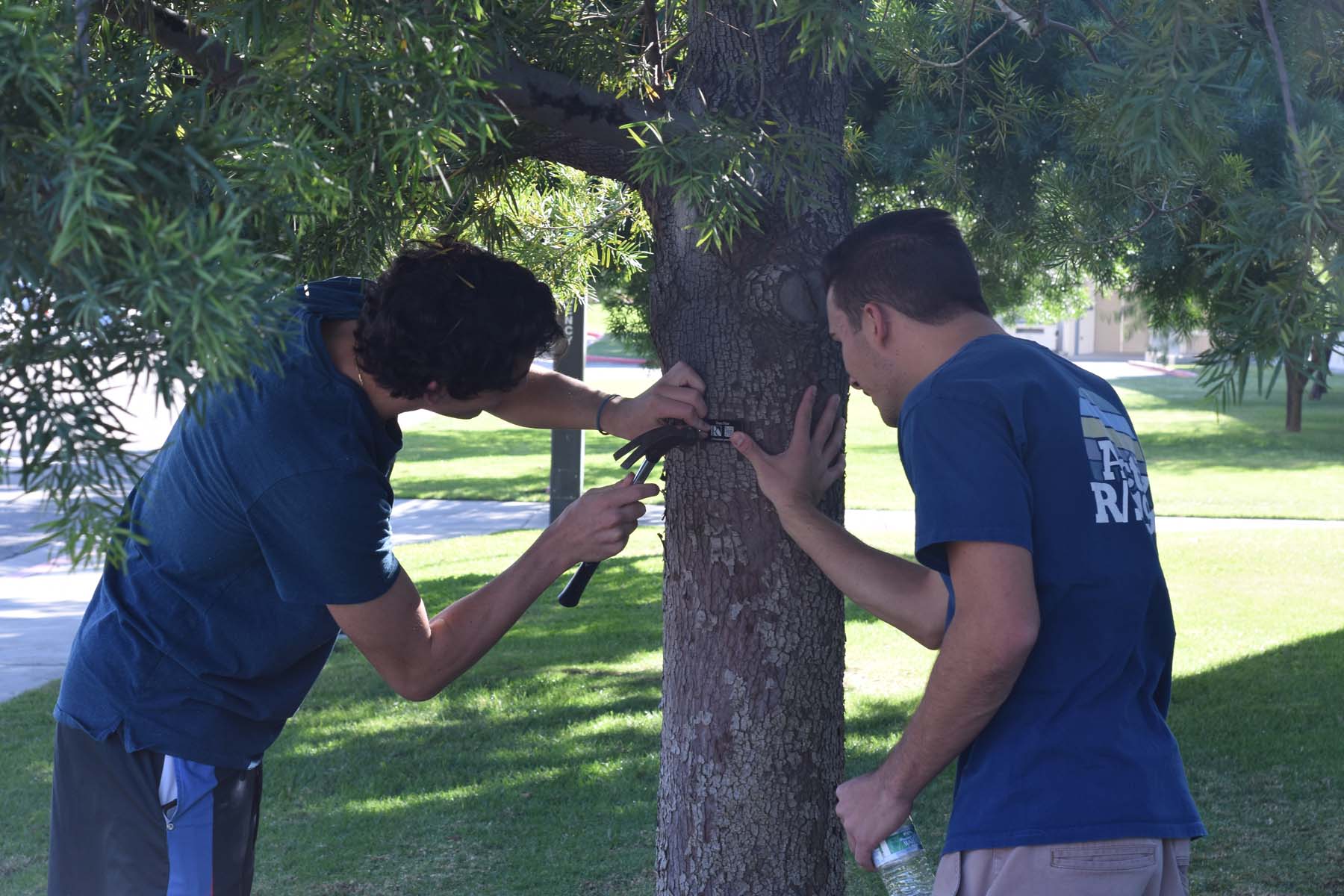