Habitat: These trees can reach a potential 25 meters tall with fat and thorny bottle-shaped trunks and branches. These trees can be commonly found in the tropical/subtropical areas of South America, but also now can be found in other parts of the world as a decorative tree due to their colorful flower. 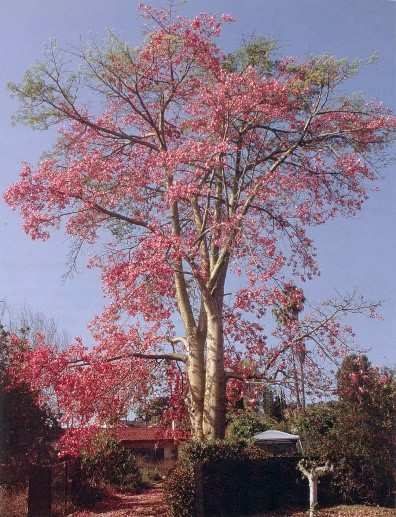 Leaves: The leaves of the Silk Floss Tree are palmate with five-inch-long leaflets. Typically, the leaflets are in groups of 5-7 as depicted in Image 2 below. 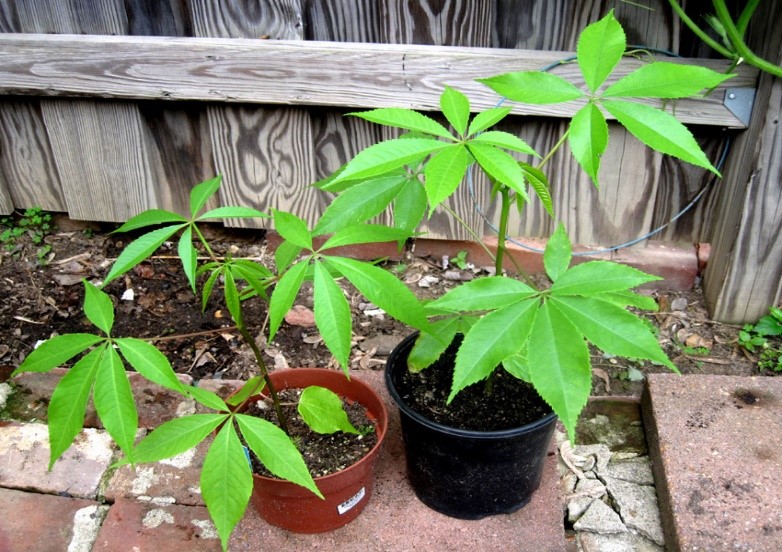 Twigs and Bark: The bark of these trees is reported to be thin, but covered in thick thorns to protect it from tree climbers originally from the Amazon such as monkeys that damage the bark. The thorns covering the bark of the tree are also said to be used as a drip irrigation system where dew will collect on the thorns on the tree, and then will condense into water and drip onto the soil below near the tree. This can be especially useful during long dry seasons or when water becomes less accessible. 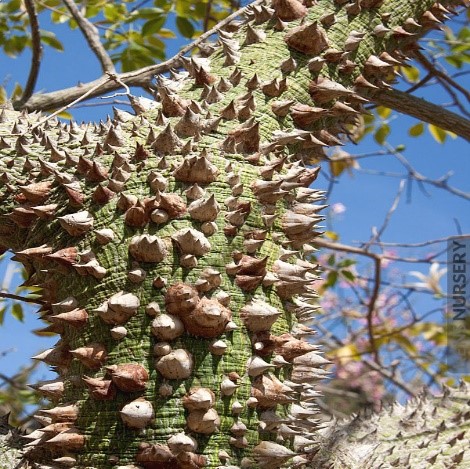 Flowers & Fruits: The tree has hibiscus-like flowers that make it look very distinct. Flowers can grow to 5-6 inches wide with a bright pink color. The Silk Floss Tree has fruits that have bean-sized black seeds and large seed pods that contain large quantities of cotton fiber. 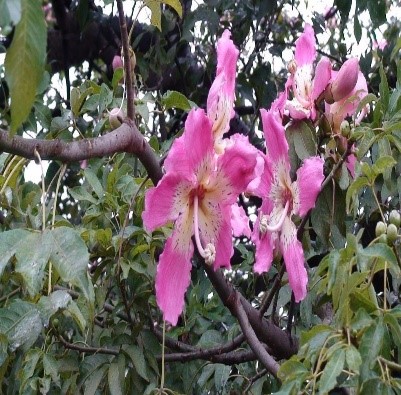 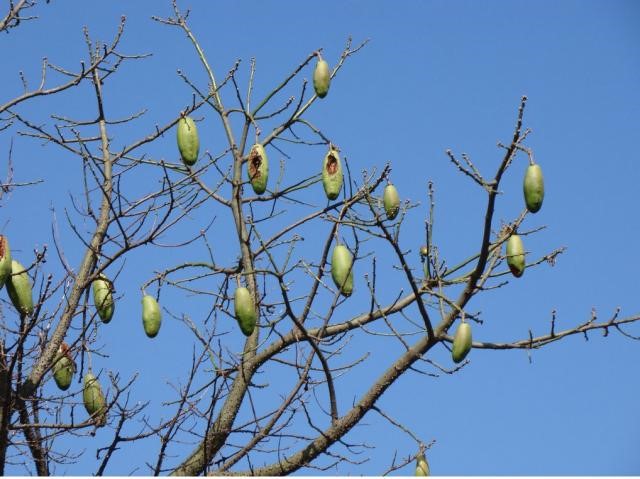 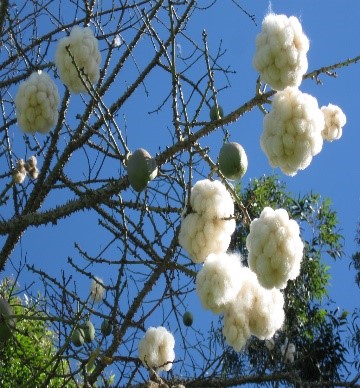 Native range: This plant is native to the Amazon Rainforest in South America, more specifically, in the north-east region of Argentina, Eastern Bolivia, Paraguay, and Uruguay. The Silk Floss Tree was brought up to the United States and many other countries to be planted for decorative purposes. The Silk Floss Tree grows well in response to full sun, copious amounts of moisture in the soil, and proliferates when kept dry towards late summer time. 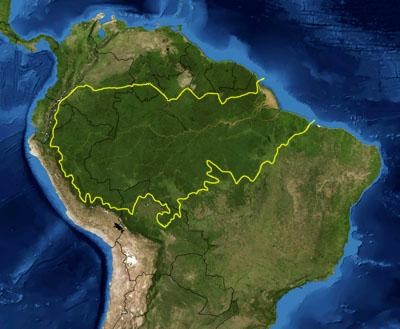 Ecological Notes: Since the seeds are stored in larger pods, the seeds can’t be dispersed too far away from the parental tree. The pods most likely get knocked off the tree via flying animals or strong winds and get carried by their tails across a much further distance to where the seeds inside fall out of the large pod and populate the area. The strong winds and water-resistant property of the Kapok give support for the idea that the seeds traversed the ocean from South America to West Africa. A major pest to the Silk Floss Tree is the scale insect that secretes honeydew that promotes the growth of a black fungus on the tree that blocks the leaves from their access to sunlight and ultimately, photosynthesis. These scale insects feed via sucking up the sap from the Silk Floss Tree’s phloem. One functional adaptation to the environment is that the tree developed thorns to discourage animals from climbing up the tree and damaging their trunk or bark especially at an early age when they’re more vulnerable.

The cotton fibers found from Silk Floss Trees, which are called Kapok, are often used to stuff the insides of things such as pillows and a variety of other cold-weather clothing. The fibers of the Silk Floss Tree also have a hydrophobic property that allowed it to be used in the material that goes into life preservers. The Kapok fibers have also had a hand in being used in the upholstery of many automobiles for the United States. Its seeds are also used to make vegetable oil for people to use in cooking. When Southern American tribes were more prominent, the tribal people would often use the water-resistant bark to make canoes for themselves. Luckily now though, using the wood is not very common at all anywhere around the world anymore in canoe making and has little to no other value. This, as a result, helps preserve the Silk Floss Trees from getting chopped down. Thus, the Silk Floss Tree can also be commonly found being utilized for decorative purposes in most places around the world.