Habit:  Grows very quickly with a big, wide crown. When the tree is mature, both its height and width are typically 15 to 30 ft. (4.5 to 9 m). The size proportion of the crown to the tree trunk is significantly larger. The crown is so large and voluminous that it makes the trunk appear small. Overall, the species is wider than tall due to its crown. 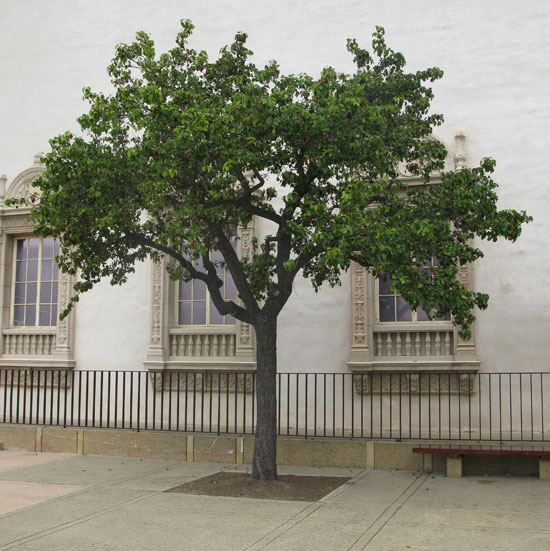 Image 1. Pyrus kawakamii alive and well in its early stages of life.

Leaves:  Glossy with a light shade of yellow-green. The leaves are an oval-like shape, similar to an egg, with a pointed tip. The size of each leaf is roughly about 2 in. (5 cm) wide and 3-4 in. (7.5-10 cm) in length. They are grown in a bunch on each apical bud, typically three or more leaves on each branch, similar to a bouquet of flowers. The leaves are green most of the year, but P. kawakamii is a deciduous tree so the leaves turn a brownish red in autumn and are eventually shed from the branches. 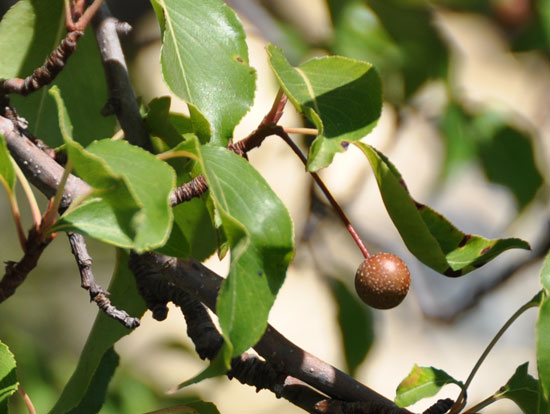 Twigs and Bark:  Twigs and branches are thick. The pale brown twigs are roughly the same size as its branches. The branches that sprout off of the trunk are commonly one long branch and don’t have many small twigs branching off of it. The bark is strong and stable with deep cracks. The color of the bark is a light grey with a hint of brown. 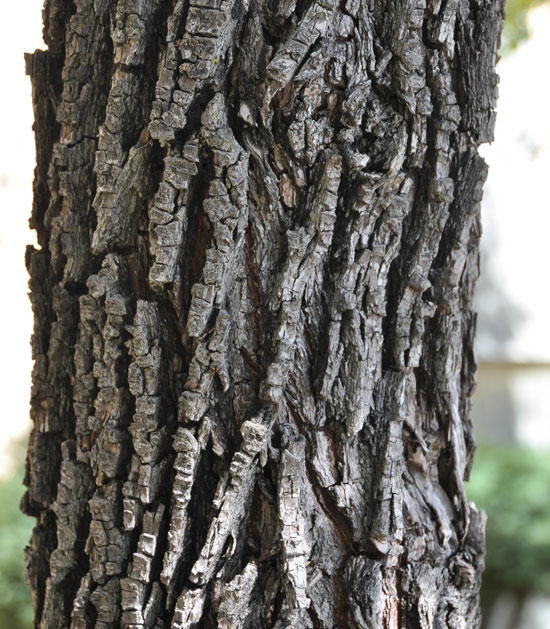 Image 3. Deep cracks on the thick bark of the tree.

Flowers and Fruits:  Flowers are white and typically bloom in the spring but sometimes can bloom in the summer. When the flowers are present, they emit an odor that is unpleasant for some people. The odor is very strong and can be smelled even from long distances. In the summer after the tree blooms, small (1/4 in. or 2/3 cm), greenish brown, berry-like fruits are produced.  They are inedible for humans. 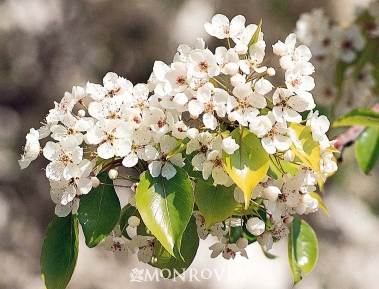 Image 4. The flowers that the species bears. 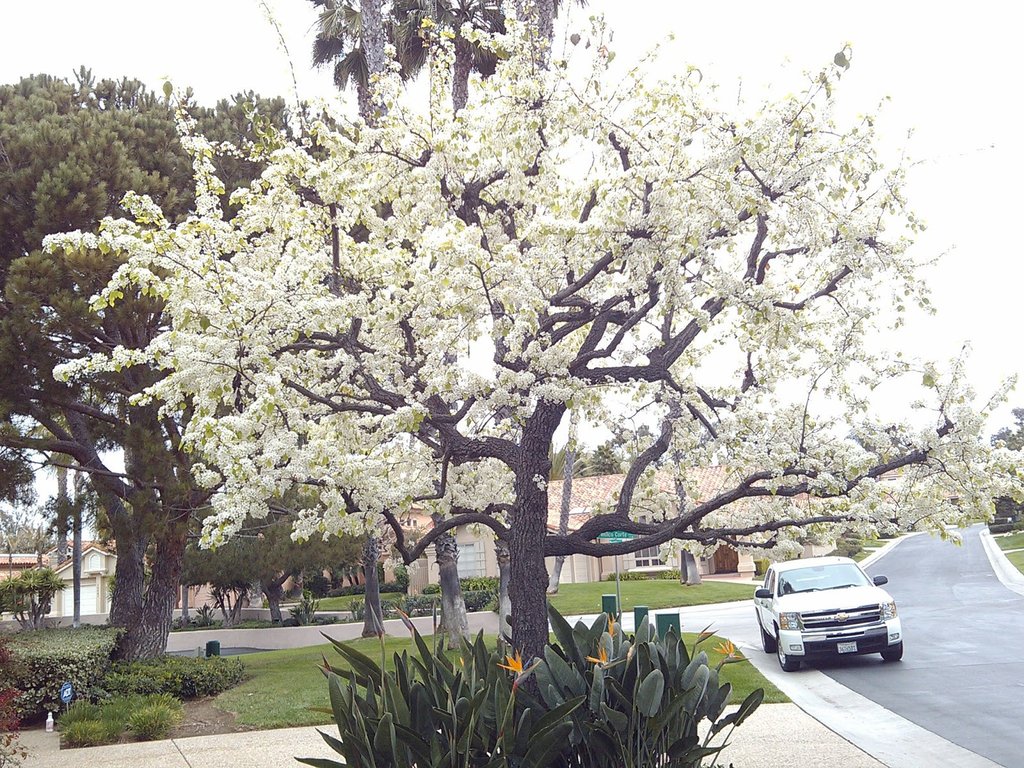 Image 5. The tree filled with flowers.

Native Range:  The tree is native to China and Taiwan. The species’ biome is temperate.  It thrives in places that are not too hot nor cold.  Its ideal habitat is a place with direct sunlight and frequent rainfall patterns. Many have been planted in California. Some cities where the tree is grown at the moment include San Diego, Santa Barbara, San Luis Obispo, Westwood, and many more. 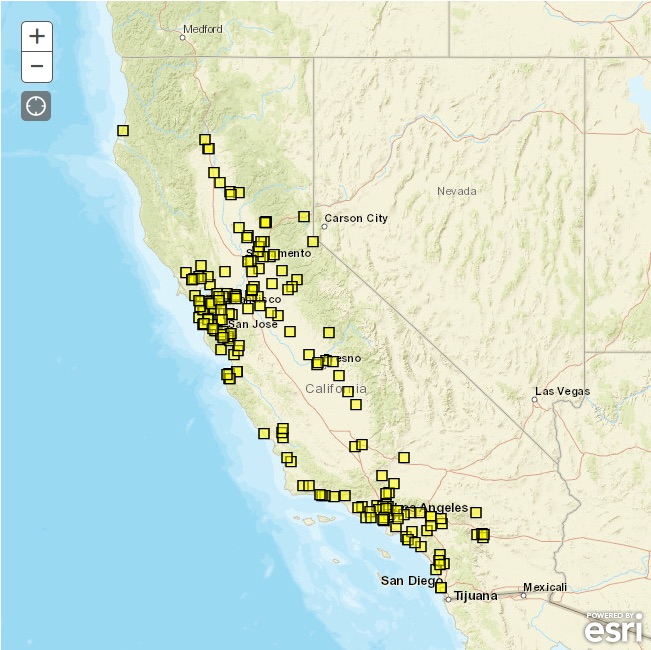 Image 6. Areas where the tree can be found in California.

Ecological Notes:  Abundant white flowers in the spring attract certain pollinators such as bees which make pollination more efficient. When the tree has flowered, an odor is released which is a way to protect itself from herbivores who will try and eat the plant. Even with these protection mechanisms, the species is still capable of being damaged by other sources. The species is known to catch a disease called Fire Blight which infects the leaves and fruits and could kill the entire tree. Sooty mold, a type of fungus, can also be very harmful. Some pests attracted to the plant include aphids and whiteflies. Both of these can carry numerous diseases and pass them onto its host. Based on the fruit P. kawakamii bears, birds are most likely to find them delicious and nutritious. 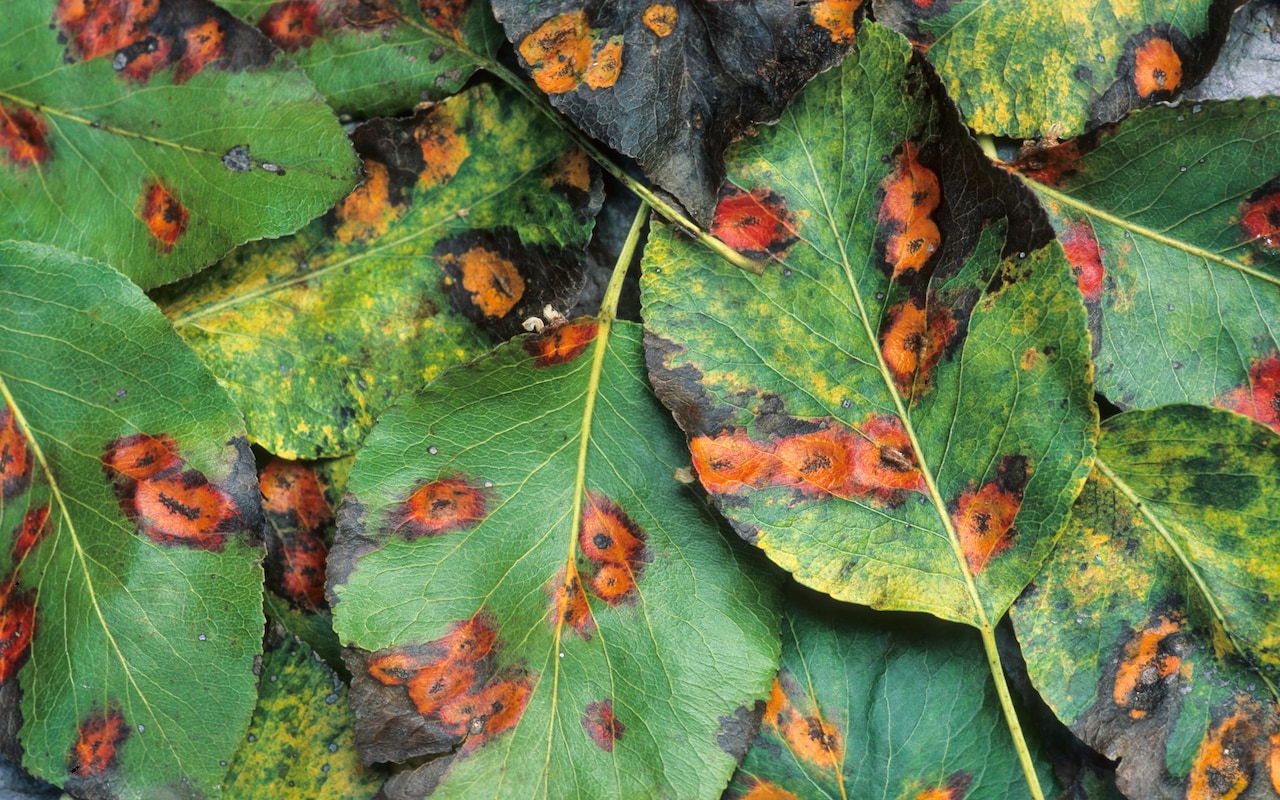 Pyrus kawakamii blooms an abundant amount and most people find them very beautiful. The tree is then planted in many places for aesthetic purposes.  Some of the places where the species is widely used are on city streets and university campuses. Although the smell of the flowers may be unpleasant, people still enjoy the sight of them. Others might make use of it because of its shade. The tree contains a huge amount of leaves, creating a big crown, thus creating a lot of shade. 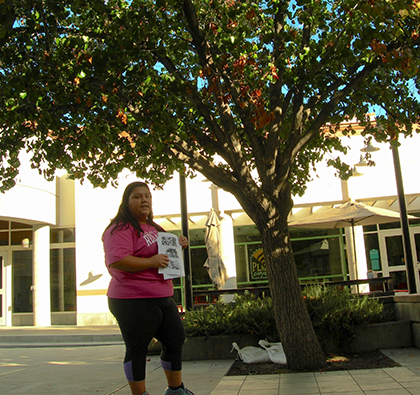