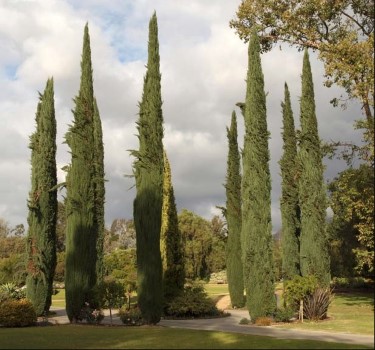 Leaves: The Italian cypress has tiny scale-like leaves that are often dark green in color. The leaves follow a whorled arrangement and they are simple and entire. 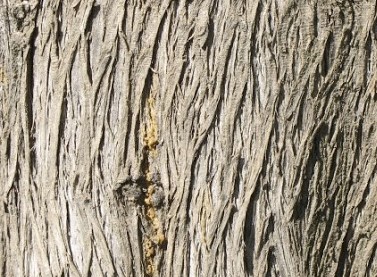 Seed Cones: The cones of the Italian Cypress are ovoid or oblong in shape and average at about 1 inch in length. The species also happens to be monoecious, meaning that male and female cones are produced on the same plant. 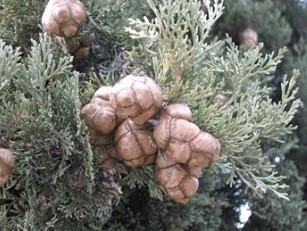 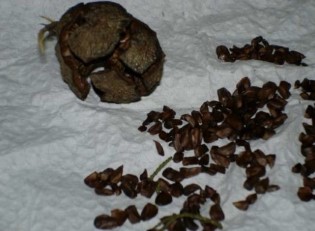 Native Range: The Italian cypress originated in Persia, but it can be found in the eastern Mediterranean region in countries like Greece, Turkey, and Israel. This region experiences hot and dry summers with rainy winters as well as a semi-arid climate in the more interior (eastern) parts of its range.  The species can also be grown locally and is found in the US in plant hardiness zones 7-11.

Ecological Notes: In order to develop successfully, the Italian Cypress requires full sunlight. Cypress seeds germinate under bright indirect light between 65 and 70 degrees F but can take up to 50 years to reach full maturity! As a result, the plant species is often propagated via tissue cuttings but can be grown from seeds if they are scarified and stratified. Fortunately, the Italian cypress can grow in a variety of soils including: clay, sand, loam, and alkaline and acidic soils. Due to its narrow columnar shape, the Italian Cypress requires little pruning and is relatively easy to maintain. The Italian Cypress can also withstand drought stress and forest fires, making it an optimal plant to grow in dry, hot climates. Root rot, however, is fairly common in the species due to poorly drained soil. In addition, the Italian Cypress is susceptible to cankers induced by fungi, mites, and bagworms. 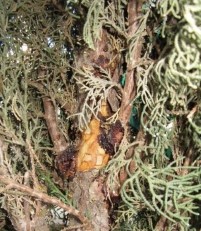 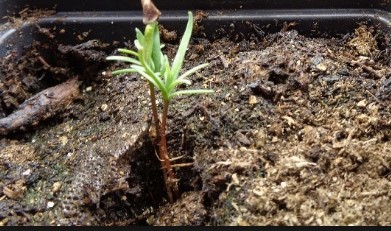 The Italian Cypress has many economic uses from its essential oils to its wood. The species’ essential oils have air freshening properties that are often used as perfumes. The plant’s leaves are also used in the cosmetics industry for production of shampoos and soaps with anti-seborrheic and anti-dandruff properties. Because the Italian Cypress has rot resistant wood, it is often used to build furniture and coffins. The Italian Cypress also has many medicinal properties. The species generally produces many secondary metabolites, which constitute an important source of many pharmaceutical drugs. The plant possesses antibacterial, antifungal, antiviral, antiparasitic, insecticidal, antioxidant, wound healing, anticancer, estrogenic, and anticoagulant compounds. The plant’s leaves and cones were traditionally used for head colds, coughs, and bronchitis. The extract of the cypress was also incorporated into various ointments and suppositories and used to treat hemorrhoids, varicose veins, and venous circulation disorders. 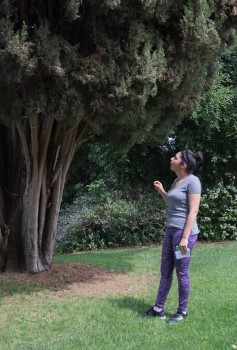