Habit:  A full-grown Peruvian pepper tree will usually be 25 to 50 ft (8-15m) in height and 25 to 40 ft (8-12 m) in width. Lasting 50 to 150 years, this species of the Schinus genus is by far the longest-lived along with being among the largest. It is a quick growing evergreen tree and its branches tend to droop. This drooping canopy covers extensive areas, having a rounded or umbrella shape. 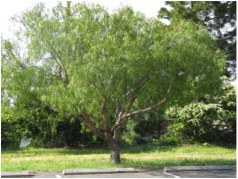 Leaves:  Its leaves measure 3 to 10 in (8-25 cm) in length and 1 1/2 to 3 1/2 in (4-9 cm) in width and are pinnately (or feather-) compound with 19 to 41 alternate leaflets. The leaves have a medium green color. Shading capacity is great with a rating of moderate to dense. The Peruvian pepper tree’s leaves contain a volatile oil in leaf storage cells, which emit a peppery fragrance when they are broken.

Twigs and Bark:  The mature bark tends to be rough with fissures and twists. Its coloration starts out light green on twigs and young branches, is red-brown on older branches and young trunks, and gray on old trunks. This bark has aromatic properties if crushed, much like its leaves. Additionally, its branches are rated medium-weak and may break in windstorms.

Flowers and Fruits:  Tiny, pale yellow flowers of the tree grow in clusters up to 1 ft (30 cm) long. The bloom period is from March to June. These flowers can be divided into female and male, the female one will produce “peppers” or small pink berries.  Fruits can be an annoyance as they dry up and fall off, creating debris. However, they are aromatic, like its leaves and bark, when crushed. The fruits are sold as “pink peppercorns”, even though Schinus molle is unrelated to the true (black) pepper plant. These fruits serve as a pepper substitute due to their strong taste. 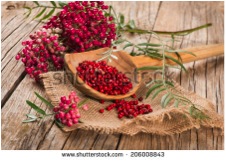 Native Range:  As the name indicates, the Peruvian pepper tree is native to South America, specifically the west coast mainly due to the climate. It has been planted in North America, Eastern Africa, India, and Australia where it’s considered an invasive species. Schinus molle will survive as low as -2°C, and a mean high of 28°C during hot months, meaning it has a range of mild climates which it can withstand (including USDA hardiness zones 8 to 11). In fact, it has a presence in all continents except Antarctica between Latitudes of 35°N and -35°S. Generally, the tree thrives with more than 12 in (300mm) of annual rainfall. It originally arrived in southern California with San Diego missionaries in the 1830s, where it has adapted to our weather and is drought tolerant. Similar adaptations are observed elsewhere.

Ecological Notes:  Due to its large canopy of foliage, the Peruvian pepper tree is an asset to animals, encouraging great diversity. Birds, butterflies, and other shade seekers will arrive wherever it is planted. The tree is susceptible to several insects (aphids, psyllid, scales, and thrips) and diseases (Phytophthora, root rot, sooty mold, and verticillium). This tree has a medium-weak branch strength and a root damage potential rating of high. Additionally, it is a fire-retardant tree, attracts bees, and wildlife uses its fruit.

The tree’s pollen is likely to irritate allergies and eyes. Overall, this is a great tree to have in parks and open-air spaces, but not as suitable for dense residential areas.

All parts of the tree have a high oil content, thus basically all parts can be used. For example, the berries themselves are used in syrups, vinegars, and beverages, such as Chilean wines. Dried up berries can be used as an adulterant (or additive) for black pepper.

Traditional and clinical medical uses: This tree has been used for medicinal purposes in South America since they were discovered by natives, and virtually every part of this tree has been used. A few examples include sap used as a laxative and diuretic, while the oleoresin serves as a wound healer. Leaf and bark teas are also commonly used for various treatments. Several studies have been performed which support several of these medicinal uses for the plant. Additionally, antimicrobial properties were found in laboratory tests of the essential oils, leaf and bark extracts. Several tests were also conducted to test its antifungal properties, and its essential oils were impressively found to be stronger than the antifungal drug Multifungin®. Studies also showed that there is no toxicity in humans and animals when ingesting or applying the oils. 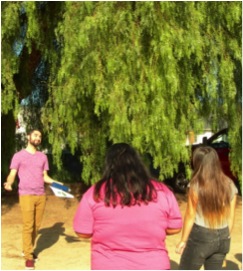