Habit: The peach Tree is very fast growing. The maximum height is about 4 to 6 meters and the diameter of the trunk is about 10-17 centimeters in diameter. Peach have a shorter lifespan than most trees. They are commonly used in orchards for about 10-20 years. Fruit can be produced as early as 3 years, depending on their resistance to diseases (Gilman 1994). Peaches generally grow best in well drained sandy loams, but can be found in thickets, roadsides, and other disturbed habitats. 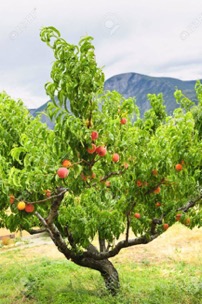 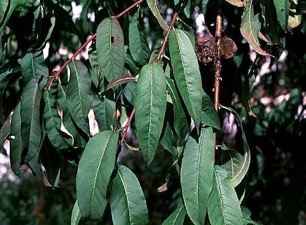 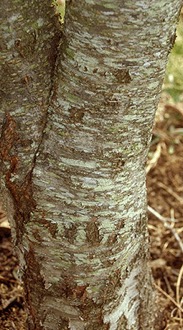 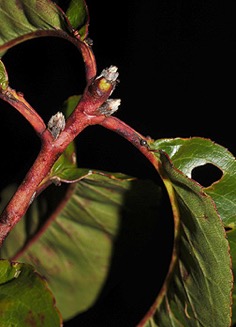 Flowers & Fruits: The flowers of the peach tree appear in the early spring and are bright pink and sometimes lavender or creme,  arranged in a circular pattern consisting of many small petals. The flowers are small, averaging about one inch across. The fruits are round and average about 7 to 12 centimeters in length (Virginia Tech Dendrology). They are fuzzy and contain a brown pit that surrounds the seed with a wavy, ribbed pattern. The fruits are a reddish orange color on the outside and have a yellowish orange flesh (Gilman 1994). 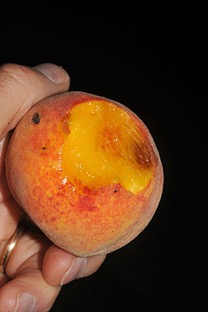 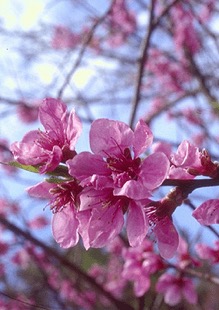 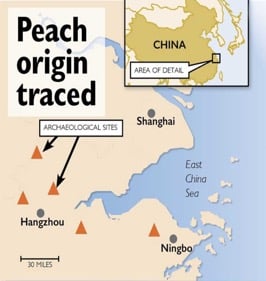 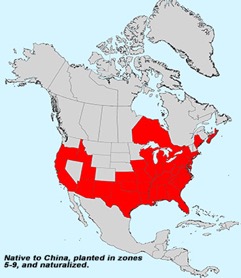 Peaches develop from a single ovary that ripens into an edible exterior. Typically, the peach tree has two ovules in the ovary, where only one becomes fertilized and develops into a seed. This causes half of the fruit to become larger than the other in size and appearance. Not only that but, there are many environmental problems that interfere with a peach tree fruit set. For instance, the peach tree has a common disease called the peach curl, running the leaves of the trees as seen in fig. 8. This type of disease is caused by the Fungus Taphrina deformans, which affects the fruit and causes the leaves to curl and become distorted (Broome, 2017). Additionally, severe winter conditions make a peach tree susceptible to late spring frost; killing the leaves (fig. 9). Most peach trees are self-pollinating, meaning they have both a male and female reproductive part, allowing more fruit reproduction to occur. It is known that certain pollinators, like bees, are to help pollinate them, but, these species are known to mainly self pollinate without the help of pollinators (Andrews, 2018). Peach trees thrive when placed in fertile soil and full ranged sun, they can grow in a wide range of habitats allowing them to be invasive outside their native range. 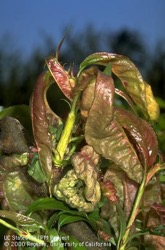 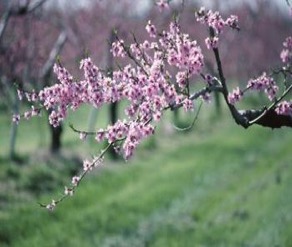 Traditionally, peaches from peach trees are used in a variety of desserts such as: peach pies, cobblers or jam. Historically, there have been thousands of varieties of peaches including Elberta, Redhaven and Halford, (Mounzer, 2008) which are yellow or white flesh peaches. Each producing their own nutritional value that are used to help with: skin care, teeth, bones, nervous system and much more (Sawe, 2017). The main producer of peach trees is China generating roughly about 11.9 million tons of production. The second and third producers were Italy and Spain coming in between 1.4-11.3 million tons of production (Sawe, 2017 ). The fourth major producer is The United States with the major contributing states being in California (78% of total peach production by weight), Georgia and South Carolina (Peaches, 2019). Most peaches are harvested in July and August which means they are typically expensive outside of those month but cheap during the months of production. Yet they have a relatively consistent economic income (Gilleski, 2018). Overall China, Italy, Spain and the United States are historically known as the major procedures and distributors of peaches worldwide due to coastal temperatures that help peach trees thrive in.