Jacarandas grow more wide than tall. Average heights of mature trees range from 7 to 15 meters while the spread ranges from 7 to 20 meters wide (Gilman & Watson, 1993). The Jacaranda is a very widespread tree with spread out branches and twigs, resulting in a light crown. Generally, it can appear to have an umbrella shape. 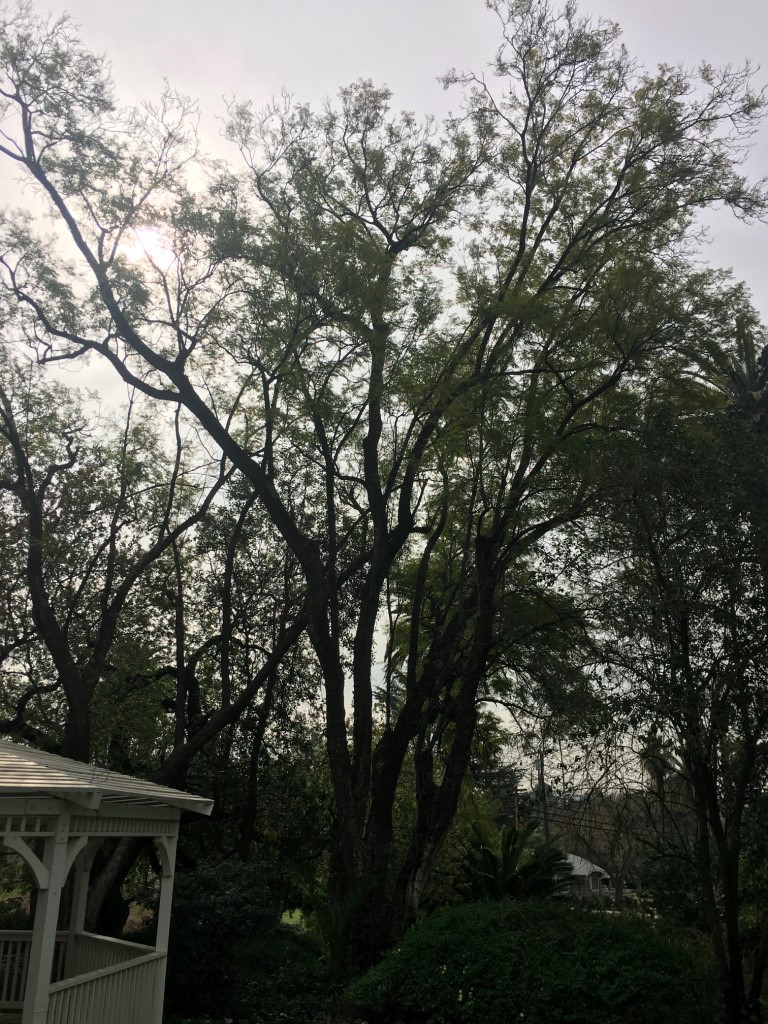 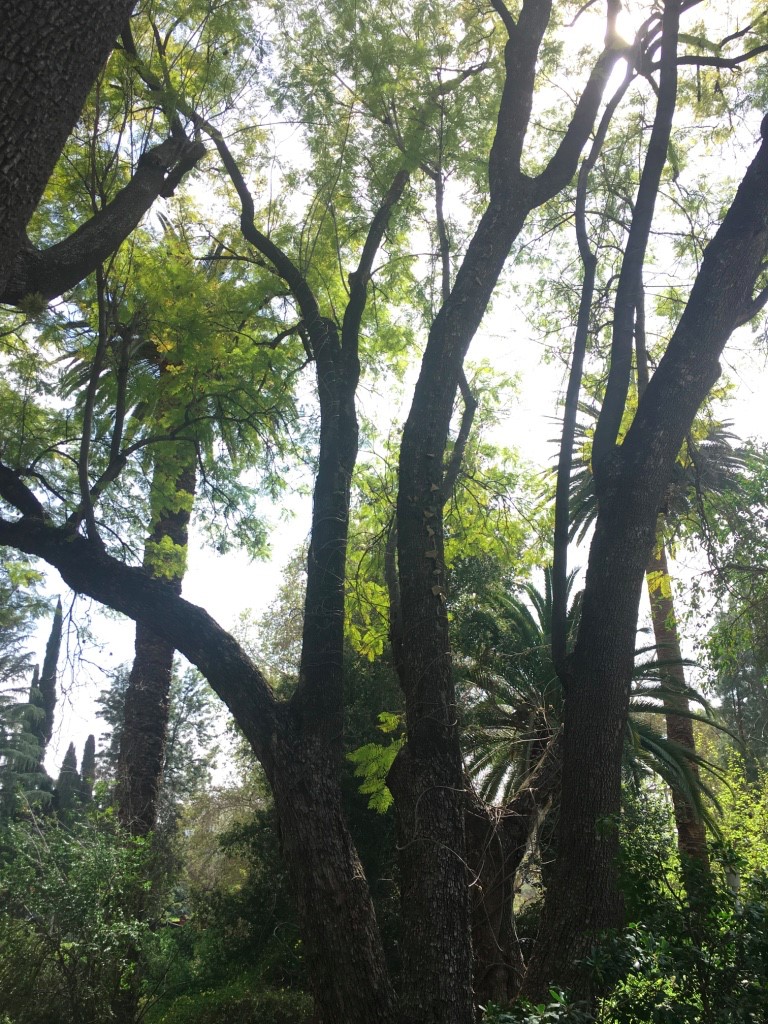 Figure 2: A closer view of the J. mimosifolia. Taken by Nathaniel Battisti.

The Jacaranda’s foliage consists of a large and sparse arrangement of delicate fern-like leaves that appear small in size and are soft (Spengler, T). The leaves sprout from protruding stems originating from a single vein. The density of the foliage is moderate and can range from a bright green or yellowish color depending of the time of year.Figure 3: A photo of the leaves and twigs of J. mimosifolia. Taken by Salar Rustem. 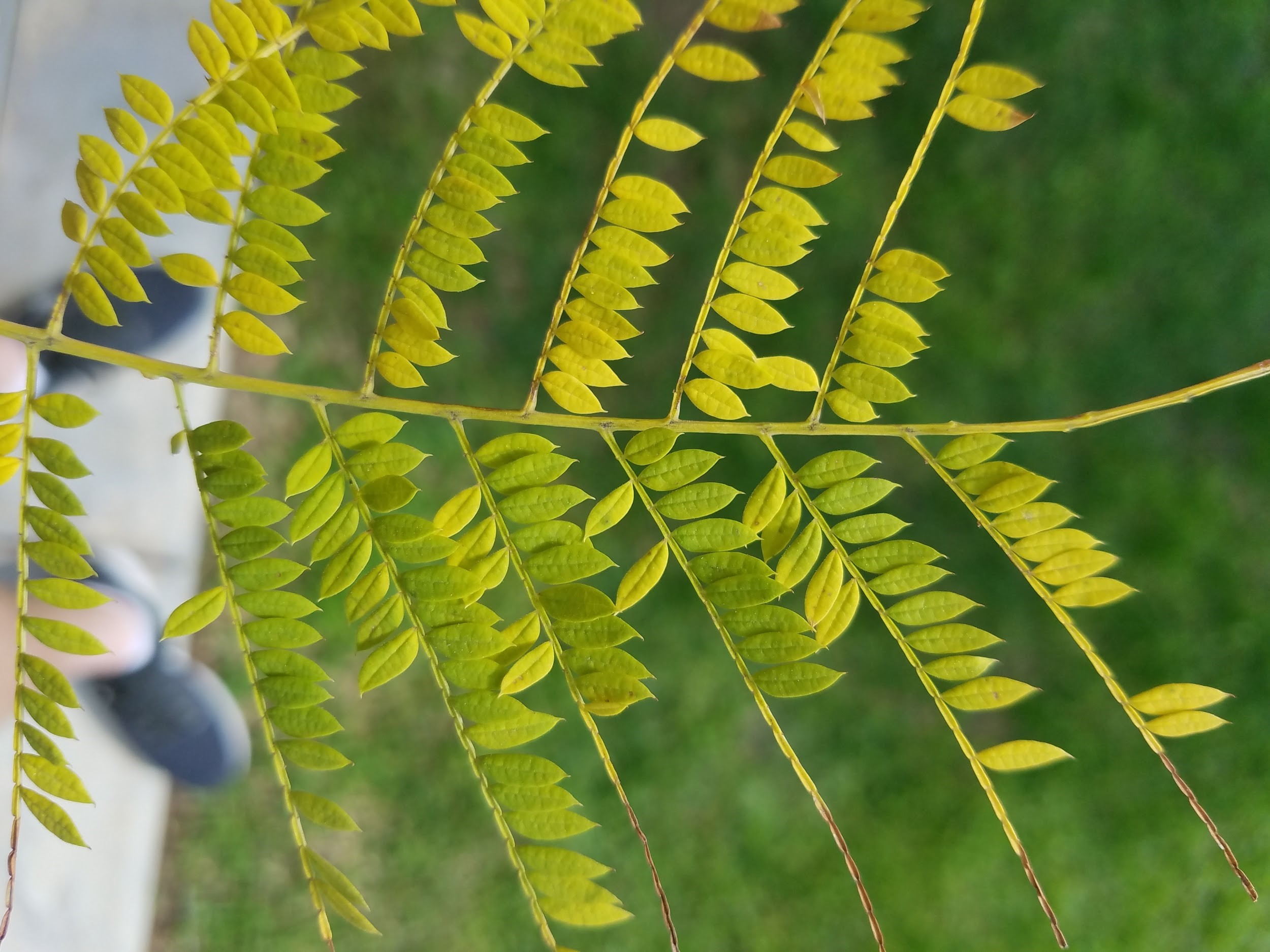 Figure 3: A close-up photo of the leaves of J. mimosifolia. Taken by: Salar Rustem.

The Jacaranda has thin, delicate bark that is greyish brown in color. When growing, Jacaranda experiences drooping, hence the umbrella appearance. Younger Jacarandas have smoother bark that matures to the delicate and rough texture seen in the older ones. The bark contains no thorns. Branches expand upwards then out in a curving appearance while the twigs have a zig-zagging uniformity. (Gilman & Watson, 1993). 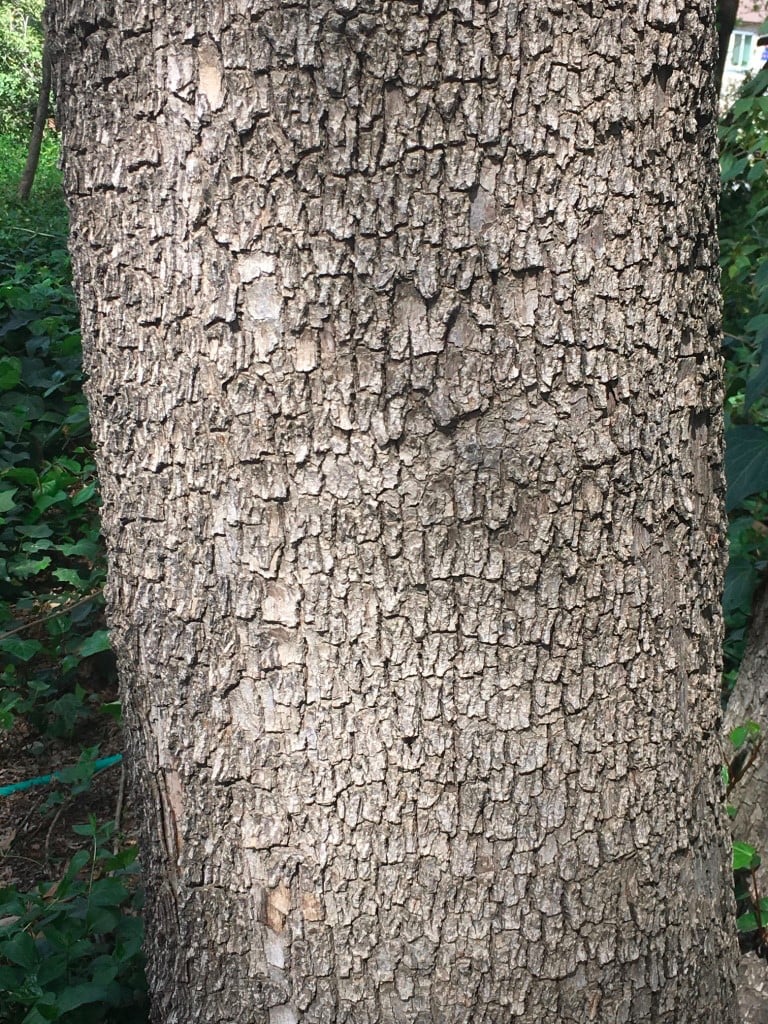 Figure 4: The bark of J. mimosifolia. Taken by Nathaniel Battisti. 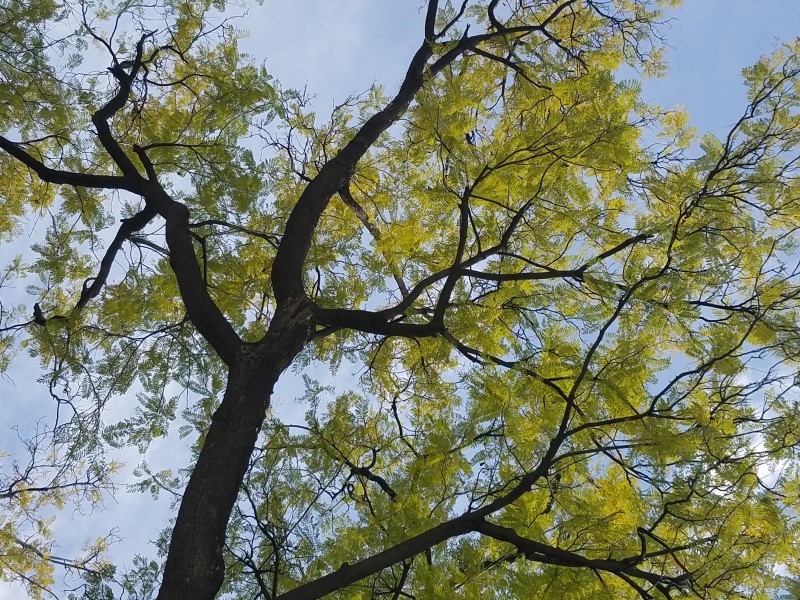 Figure 5: A large branch of the J. mimosifolia tree with many yellow-green leaves by the Alumni house. Taken by Nathaniel Battisti.

Flowering of the tree consists of a beautiful lavender/purple color containing a slight fragrance and a trumpet like appearance. Flowers can be up to 5 cm long and grow in groups that begin to appear in spring and summer lasting up to two months. Post flowering, woody seed pods containing winged seeds begin to appear and have a brown and hard covering (Missouri Botanical Garden). Size of these pods vary from 2.5 to 7.5 cm in length and are round in size. Fallen twigs, foliage and flowers can cause significant litter surrounding the tree (Gilman & Watson, 1993). 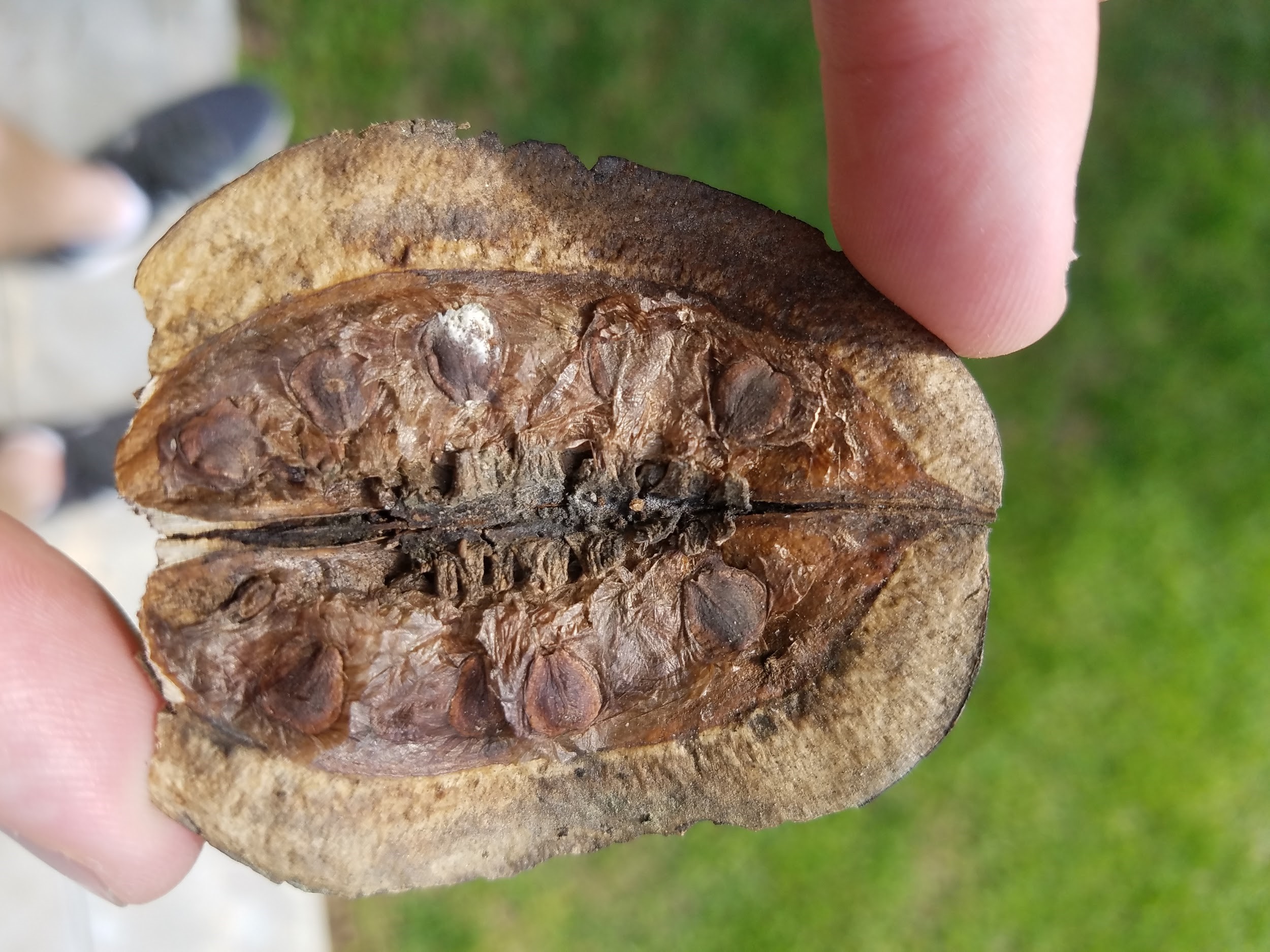 Figure 6: The inside of a J. mimosifolia seed pod. The seeds appear as the dark masses surrounded by the wispy material. Taken by Salar Rustem. 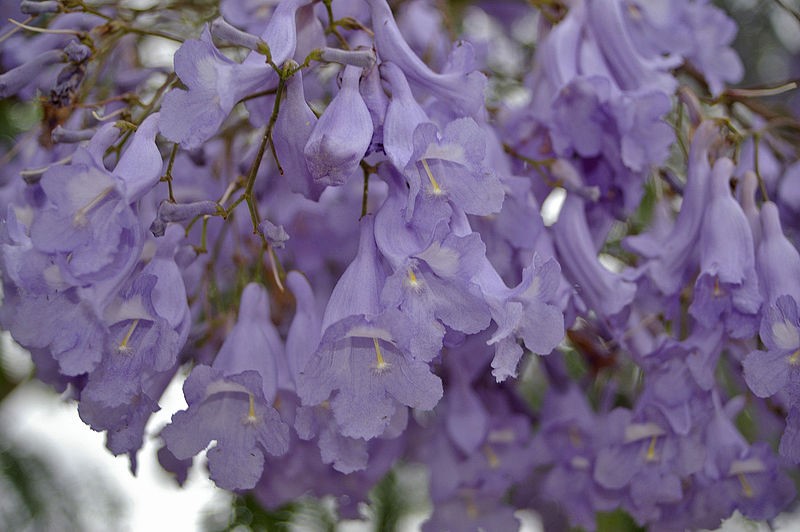 The Jacaranda was originally found in South America, specifically southern Bolivia and northwestern Argentina. Later, Jacaranda was introduced to the warmer areas within Australia, Africa, Hawaii, and the USA (Navie, Adkins). 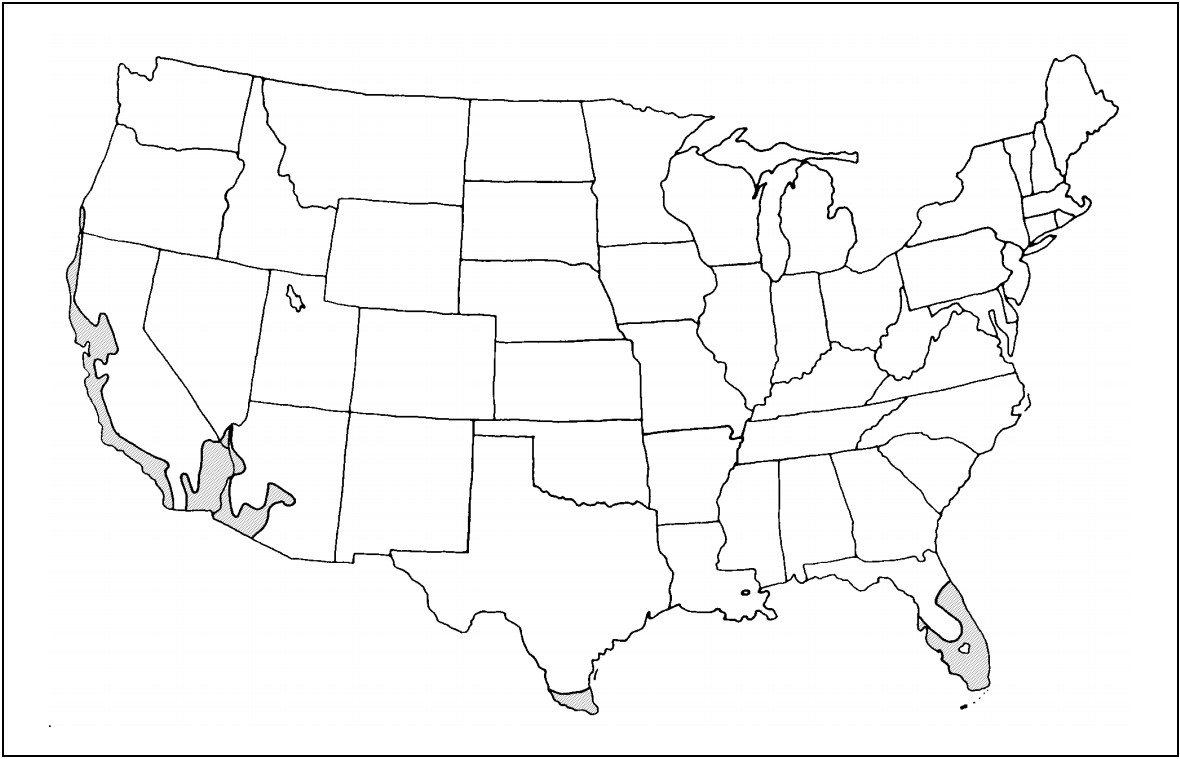 Jacaranda can grow in warmer areas in bushland, grassland, wooded ravines and riverbanks (Navie, Adkins). J. mimosifolia is an invasive species to parts of Africa and Australia. As Jacaranda grows, the leaves and branches form thickets that prevent sunlight from reaching the native species near the ground, thus preventing them from growing (Navie, Adkins). J. mimosifolia grows best in sandy, well drained soil with significant amounts of light -- this tree prefers warmer and humid environments (Missouri Botanical Garden). The most common pollinators for J. mimosifolia are bees (Alves, G. R., Peruchi, A., & Agostini, K.). Similar to other trees, aphids and whiteflies are common pests to J. mimosifolia. Moreover, Jacaranda suffers from the growth of the bacteria, Xylella fastidiosa (Spengler, T.). The most common symptom of an infection by this bacterium is decaying of leaves starting from the tip of a leaf to the bottom (Spengler, T.).

What we Use it For

The main use for this tree is as decoration. Because the tree is so beautiful, it is a popular choice as an ornament. However, because the tree is so large, there are recommendations as to where to plant the tree; for example, this tree should not be planted next to or near a pool because the leaves would fall into the pool and create debris. Furthermore, this tree should not be placed very close to homes because branches may fall off and may lead to property damage.  This tree is often planted in parking lots, large open fields, and along streets. Although not a widely recognized method of treatment, leaves of Jacaranda, including mimosifolia and decurrens have exhibited the ability to kill cancer cells (Mostafa et al., 2014). In parts of Brazil, leaves of decurrens are used as folk medicine to treat many illnesses. The compound thought to be responsible is called jacaranone (Casagrande et al., 2014). 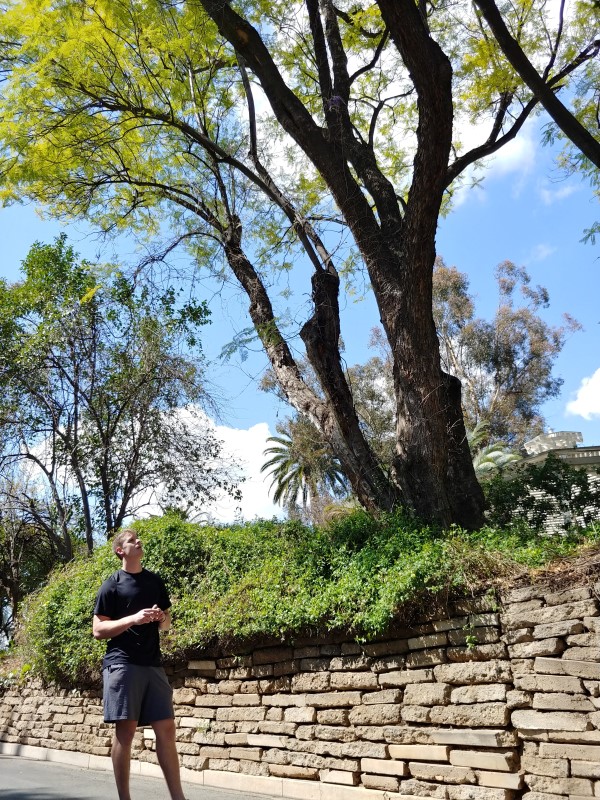