Exploring Digital Signal Processing through the use of Sound Art Kits 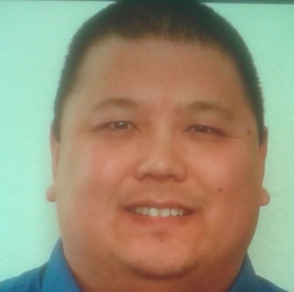 Harnessing the chugging, energetic sounds of contemporary post-modernism as a starting point, Andres R. Luz develops his artistic idiom from the legacy of music history stretching back to Medieval and Renaissance stylistic practices up to those of the present-day.

Among the many influences that inform his music, Mr. Luz cites folkloric elements of his Filipino-American heritage which have served as the source inspiration for a number of his works, including the concertante piece for marimba solo and mixed ensemble, bulacan_polymorphic (2011), two movements from the Divertimento for string quintet (in-progress), and [Micro/Industrious] for chamber orchestra (2015, rev. 2017).

Andres Luz is pursuing the Doctor of Musical Arts Degree in Composition at the University of Georgia, Athens, studying with Adrian Childs, Peter Van Zandt Lane, and Emily Koh. At UGA, he served as the Assistant Director of the Dancz Center for New Music and functioned as an instructor of record in the Intro to Music Technology at the Hugh Hodgson School of Music. Andres Luz currently functions as a visiting assistant professor at the University of Redlands teaching music theory and electronic music composition.

Andres Luz is a member of ASCAP and is published by Post-Classical Music.

We propose to offer courses that enable student laptops to be used as recording studios and performance platforms in innovative, public, and interdisciplinary course projects. We propose purchasing 34 Sound Art Kits, to be checked out to students enrolled in “Introduction to Digital Media Theory: Studies in Sound Art”, and “MUS 208: Computer Music”. The kits will consist of a small backpack containing an audio interface, a microphone, a mic cable, and a stand. This request accounts for the fact that sound technology (microphones) offered on laptops has not developed at the same pace as visual technology (cameras). Laptop microphones have numerous issues with feedback, background noise, and low fidelity – they are designed to capture the minimum amount of information to render speech intelligible, and nothing more. Little significant sound art is created with laptop microphones alone, while by contrast much visual art has been produced with laptop and phone cameras. The gear in the kits is therefore necessary to supplement the laptop’s capability for handling audio by improving issues of noise, feedback, and fidelity. With the gear in the Sound Art Kits, each student’s laptop becomes a capable Recording Studio and Performance Platform, supplemented by free open source software such as Audacity, Supercollider, LNX Studio, and ChucK. Students would have 24-hour access to this resource and the ability to transport their portable studios to locations around campus, enabling continuous and space-specific engagement. The kits will be purchased and assembled by May 2018. These offerings will address student interest in cross-disciplinary arts and foster a community of media artists within the student population. Successful student projects would be of interest to the broader Redlands community and attract interest in the unique work our students create. There is also an opportunity to connect sound art with spatial studies, creating sonifications of maps or visual data, depending on department coordination.