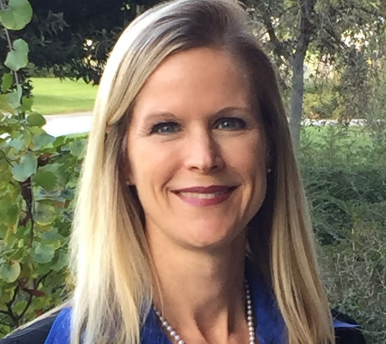 Renée Van Vechten (Ph.D., UCI) specializes in teaching and researching U.S. and California politics, with a focus on legislative processes. Her research also embraces the Scholarship of Teaching and Learning. She has participated in APSA's Teaching and Learning conference as a track moderator and paper presenter since 2008, is the immediate past president of the Political Science Education (PSE) organized section of APSA.  In 2008 she was awarded the Rowman and Littlefield Award for Innovative Teaching in Political Science for a simulation she developed to teach Congressional processes.  Her short text, California Politics: A Primer, is going into its fourth edition (CQ Press, 2016), and is based on a more comprehensive, forthcoming textbook (The Logic of California Politics). She has also developed collaborative websites designed to engage students in discussions about U.S. politics. Prior to joining the faculty at the University of Redlands (2003), she was a teaching fellow at the University of San Diego, and before that was a Kevin Starr Fellow in California Studies.

Having learned about the promises of "flipping the classroom," I believe that certain parts of my Introduction to American Politics lectures could be moved online to maximize the time we have in class to deepen and expand on the basics through exercises, and to practice what has been previously introduced in a text and/or an online lecture. The benefits of asynchronous lectures are clear: they allow students who tend to "zone out" to rewind and repeat parts of a lecture that they may have missed or need to hear again, and they are in control of creating a space in which they are receptive to learning. By flipping the classroom (or at least parts of it), I hope to devote more classroom time to several exercises (games, small group discussions, exercises) that I have developed but simply don't have time to include during a typical year. For example, we could have played a game electing a student to a Congressional seat in order to show the movement of money, but we didn't have time this semester because I spent an inordinate amount of time addressing "facts" that were covered in the textbook; namely, how interest groups influence politics. Moving some of my lecture segments online will allow us to spend time in class probing what's otherwise obscure, to help them better make sense of current events, and to actively engage in exercises that help animate abstract concepts. I intend to produce a minimum of four lecture segments that can be uploaded to Moodle, where students can watch them on their own time. These four segments include these specific topics:

These are but a sample of the on-line segments about topics essential to learning about American Politics, which are difficult to cover effectively in a short amount of time.