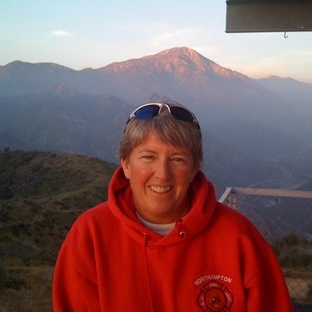 Dr. McIntyre is the current Chair of the Department of Environmental Studies at the University.

Her research on common ravens as a threat to desert tortoise has been instrumental to the US Fish and Wildlife Service's ability to quantify the threat of ravens as a predator of desert tortoise. This included determination of geographic locations where the Fish and Wildlife Service would exercise control of raven populations in the Mojave desert. Management plans of increased control of human waste availability to ravens were also developed from this research. 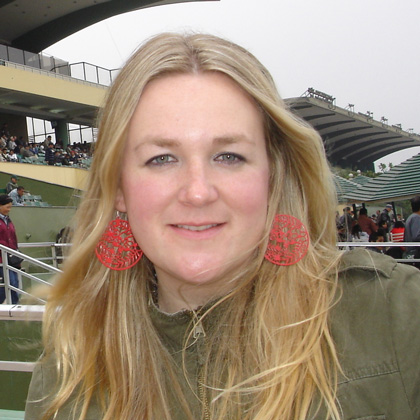 Hillary Jenkins has experience in Geology, paleoclimatology, dendroclimatology, isotope geochemistry, and hydrology. Her current research interests include tree rings and extreme drought in Amazonia and the southwestern United States, spatio-temporal patterns of water distribution, quality, and scarcity in southern California, deforestation and carbon budget estimates over the Amazon rainforest using remote sensing geospatial analysis techniques, earthquakes and forest ecosystem growth and carbon loss, and the tectonics of the Altyn Tagh Fault on the North Tibetan Plateau. 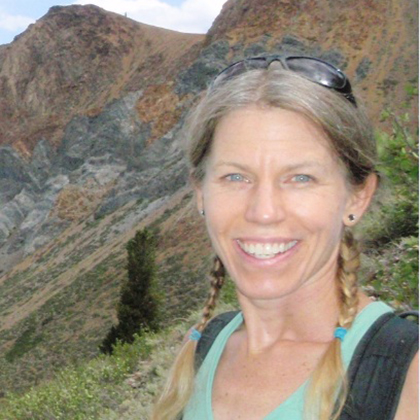 Rebecca Lyons is currently investigating the distribution and transport mechanisms of trace organic pollutants across physical boundaries. Her main focus in on the endocrine disrupting compound, 4- nonylphenol, which acts as an estrogen mimic in many organisms. 4-nonylphenol enters the environment associated with pesticides in the Central Valley of California, and is born in both dust and aerosol form to the Eastern Sierra.

4-nonylphenol has been detected in humans, especially people living in regions with high pesticide use. We are conducting a GIS-assisted ecotoxicology study to see if a person’s geographical location has a correlation with the amount of 4-nonylphenol in their urine. We are investigating several detection methods for screening the urine for this endocrine disruptor.

Because organic pollutants can be carried by both dust and in aerosol forms, we are developing a sampler that can separate dust and aerosol in situ. This will assist with sampling procedures in the field, allowing us to determine the means of transport more efficiently.

We are three scientists in disparate fields of Ecology (McIntyre), Environmental Chemistry (Lyons) and Earth Sciences (Jenkins). Our proposed research is to take place in the Bearpaw preserve, just 20 minutes from the Redlands campus in the foothills of the San Bernardino Mountains. Our combined interests serve to do a multi-faceted study at Bearpaw dealing with the chemistry of the air, precipitation, soils and ground water; weather; soil properties; vegetation characteristics, and wildlife (mammal) distributions. These properties are linked in that chemical and physical properties of air, precipitation and soils, and weather will impact vegetation type and distribution and thus the mammal populations that have habitat preferences based on vegetation, food, and other wildlife species. We propose to do an on-going study, which, if funded, would start in December, 2019 and continue far past the date of reporting and presentation, for potentially years to come.
We propose to deploy instrumentation including:

In addition to the instruments we plan to purchase for our study, we will be using GIS mapping, which has already begun in Bearpaw. A GIS map of Bearpaw boundaries and trails was provided to Dr. McIntyre when she started her work in Bearpaw in the fall of 2017. Dr. McIntyre found that the map was somewhat inaccurate and she and students in the Summer Science Research Program (summer 2018) corrected the map via walking all trails with GPS units, the collector App on their phones, and the use of satellite imagery. Starting in the fall of 2017 students in Dr. McIntyre’s Biodiversity and Ecology classes started to deploy wildlife cameras in the preserve and rudimentary collections of photos and videos showed that several species of interest were located in the preserve. Over two years Dr. McIntyre and students fleshed out a methodology for capturing 10 second videos of mammals at 24 locations on the preserve. We now have a GIS map showing camera locations and corresponding numbers of several species of wildlife known to be present in these locations.

We have recently added vegetation cover, soil type, and topography layers to this GIS map. The vegetation and soils layers are very rudimentary and it is our hope that we can refine these data through the work we have planned. We hope to see if there are correlations between wildlife species presence/absence and these features in the preserve.

Proximity to roadways, to recent forest fire burn areas, and to heavily impacted areas such as trails, homes and parks will affect the degree of trace organic contamination. The spread of these contaminants need to be well mapped in 3-dimensions in order to identify primary sources. Air concentrations and ground deposition can be correlated to determine flux to the region and related to the impact on local ecosystems.

We will be taking soil samples at a variety of sites (according to vegetation cover) at 3, 6, 12, 24, and 36 inch depths. These samples will be tested for soil acidity using a Blue Lab Soil pH Meter. The depth and compaction of leaf litter will also be measured at the sites chosen for soil analysis. This instrumentation is already in use in the EVST department. The techniques employed in making these measurements have been field tested by Dr. Jenkins.

For the flying laboratory we must use drones, already procured by the Center for Spatial Studies. All three of us consult with the Center on a regular basis and use drones, GIS, and GPS instrumentation for our research and class labs. This research will, of course, make use of these technologies as well.

We plan use lysimeters to extract water form soils and analyze this groundwater for nitrate, phosphate, ammonia and pH. This chemistry of the groundwater will impact vegetation species composition and growth.

The hydroponic nutrient and pH meter will measure nutrients and Ph in the soils, somewhat similar to what the lysimeters will measure for groundwater.

The wet/dry deposition sampler will allow us to compare the chemistry of the dry air to that of “wet deposition” of rain and snow. This is an instrument that Dr. McIntyre used when Project Manager for a multi-year watershed Chemistry Project in Virginia. It was interesting to see what dry air deposited on surfaces, like vegetation, versus what rain and snow deposit. Dr. Lyons is wanting to use this type of device in her future research as well.

For the soils and hydrology work, Dr. Jenkins has done similar studies in other locations in the San Bernardino Mountains. The research objectives in Bearpaw will be somewhat different from former studies, but many of the types of measurements we propose doing are already ones that Dr. Jenkins has mastered. Some of the instrumentation we will be using will be new, obviously, but analysis techniques are similar to what Dr. Jenkins has done in the past (Jenkins 2017, Jenkins and Romack 2017).

For the atmospheric deposition work, Dr. Lyons’ former research in the Sierra Nevada Mountains in California and glaciers in Wyoming’s Wind River Range will be useful in this proposed study. Some of the same sampling and mapping techniques used by Dr. Lyons in other studies will be employed in this research. Dr. Lyons was able to establish the effects of wind vectors, temperature and topographical shielding on the deposition of trace organic compounds in montane regions (Lyons et al. 2014, 2016, 2019). Similar dynamics may be found in these San Bernardino mountain locations.

Dr. McIntyre has based her wildlife research on several previous studies done in Ecuador and in many places in the world (Blake and Mosquera 2014). Thus far she has established that large species travel on human-made trails, and that smaller (often prey) species avoid trails. Other loose correlations have been seen in wildlife distributions. Bears (Ursus americanus) seem to inhabit low elevation areas, closer to human settlement. Mountain lion (Puma concolor) numbers appear to be few in the preserve, probably because of their territoriality, solitary nature, and large home ranges. It will be very interesting to see if other correlations exist between small scale or landscape scale habitat variables and species presence/absence.

This unique collaboration may be illuminating in establishing connections between chemical properties of air, precipitation, soils and vegetation, atmospheric dynamics, soil properties, vegetation, and wildlife presence and habitat use.

In the end, we feel that this collaboration will elevate our individual research agendas. If we are able to purchase all listed equipment we will be able to conduct complex research locally that will result in new understandings in the fields of ecology, chemistry, hydrology, and geology.

The value to classes in Environmental Studies and Chemistry is incalculable. These instruments and the analyses that will take place in spring 2020 and May 2020 classes will teach students valuable skills that they here-to-date have not had. The benefits of these instruments to classroom labs and research opportunities for our students won’t stop at the end of this grant period, but will go on for years to come.