U of R to host groundbreaking 'Beyoncé Mass'

On Jan. 21, 2019, the University of Redlands, a private liberal arts and professional university in Southern California, will welcome the “Beyoncé Mass” to its main campus in Redlands, California. The worship service uses the music and life of Beyoncé as a tool to cultivate an empowering conversation about Black women — their lives, bodies, and voices — while creating an event with story, scripture, and song that calls for the liberation of all people.

The event will make up a part of the commemoration of Martin Luther King Jr. Day at the University of Redlands, which will also include a series of community service gatherings and musical offerings.

Created, led by, and based on the scholarship of, Reverend Yolanda Norton, the H. Eugene Farlough Chair of Black Church Studies and Assistant Professor of Old Testament at San Francisco Theological Seminary, the Beyoncé Mass drew about 1,000 people at its inaugural event at San Francisco’s historic Grace Cathedral in April 2018.

“Beyoncé Mass is a Christian worship service that is open to all,” stated Rev. Norton. “This is not a ceremony deifying Beyoncé. The premise of this service is that if we look at the personal life, career trajectory, music, and public persona of Beyoncé, so much of her life reflects aspects of Black women’s stories.”

The initial public Beyoncé Mass included in its liturgy the use of Destiny Child’s Survivor as an introduction to speak to the enduring spirit of Black women and the capacity for all people to overcome oppression and discrimination. Additionally, the service included readings and a sermon by Rev. Norton.

“The Beyoncé Mass opens the door — in a very powerful way — for some important conversations,” stated Kathy Ogren, provost and chief academic officer at the University of Redlands. “As a university, we are committed to fostering dialogue around significant issues, and these include timely and far-reaching topics of race, religion, gender, and tolerance that are inherent in this service.”

On Sunday, January 20, Rev. Norton will host an academic panel discussion, relating to the themes of the Beyoncé Mass titled, “Daughters of the Revolution—Black Women, the Civil Rights Movement, and Soundtracks for Liberation.” Panelists include Lakisha R. Lockhart, assistant professor of practical theory at the Samuel DeWitt Proctor School of Theology at Virginia Union University, and Rev. Chelsea Brooke Yarborough, ordained minister and poet currently pursuing a Ph.D. at Vanderbilt University. The event will take place at 7 p.m. in the Frederick Loewe Performance Hall on the Redlands campus.

The following day, the Beyoncé Mass will begin at 7 p.m. on Monday, January 21, at the Memorial Chapel on the University of Redlands main campus, located at 1200 E. Colton Avenue, in Redlands. This event is free and open to the public. RSVP here. 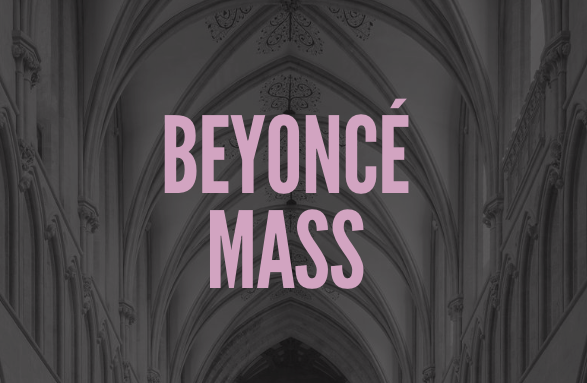 Rev. Yolanda M. Norton is the H. Eugene Farlough Chair of Black Church Studies at San Francisco Theological Seminary. Her womanist scholarship explores how scripture treats foreign women and how this has led to the oppression of women of color who encounter the Bible today. She is also a Ph.D. candidate in Hebrew Bible and Ancient Israel and Theology and Practice Fellow at Vanderbilt University.

Rev. Norton is ordained in the Christian Church (Disciples of Christ) and holds a Master of Divinity and Master of Theological Studies degree from Wesley Theological Seminary and a Bachelor of Arts in Political Science from Syracuse University.

Tickets: This event is free and open to the public. RSVP is requested and can be made here.

Parking: Free parking is available in lots adjacent to the Memorial Chapel.