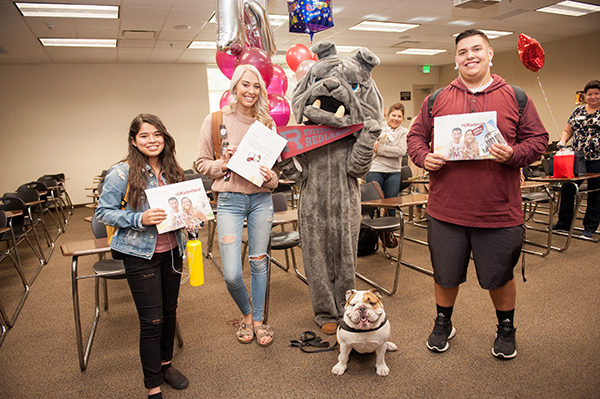 Citrus Valley High School seniors Adalynn Salazar, Hanna Hill, and Gavin Martinez (pictured above) were among 20 seniors in the Redlands Unified School District surprised with letters of admission to the University of Redlands delivered by admissions officials and bulldog mascot Addie. For the third year running, U of R surprised Early Action applicants at Citrus Valley, Redlands, and Redlands East Valley high schools.

“With Early Action, and now early FAFSA (Free Application for Federal Student Aid) if they applied, these students not only know they have a place in the first year class at U of R next fall, but they have a sense for the true cost to attend after the scholarships and financial aid awarded by us,” said Kevin Dyerly, vice president for enrollment. “In some cases, this is three months earlier than was the case a few years ago.” 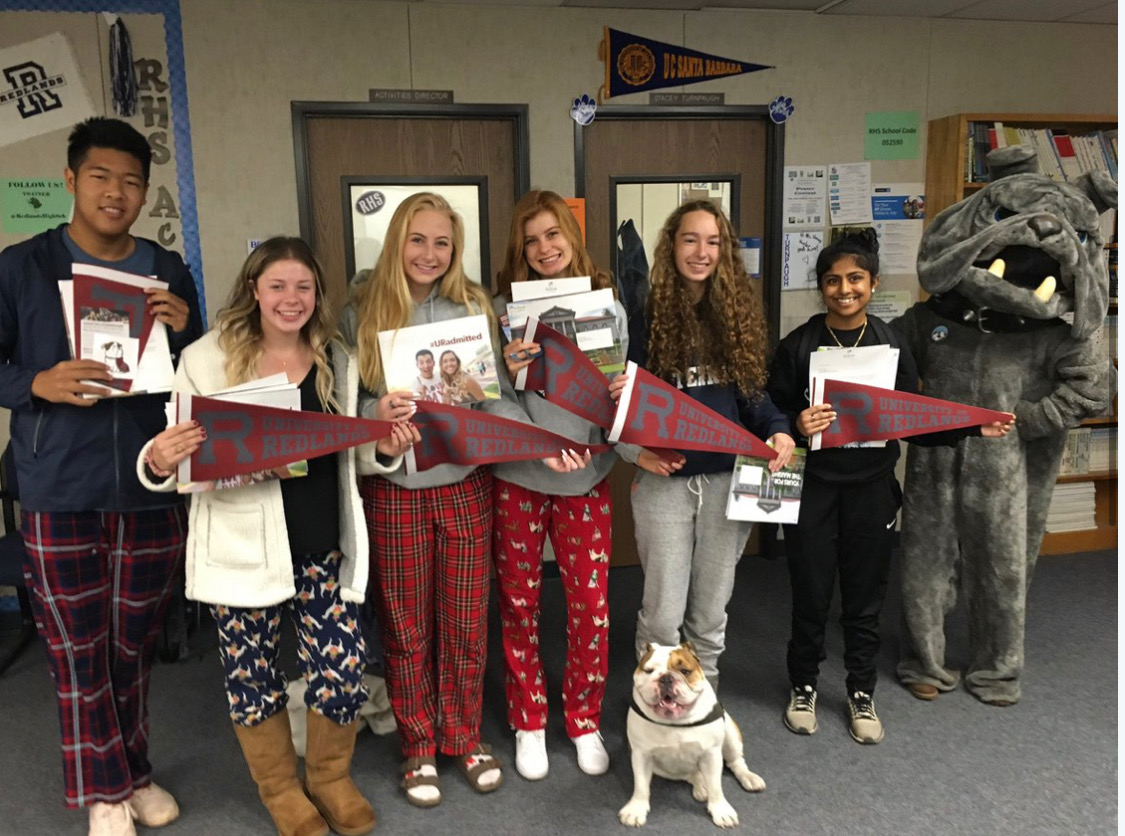 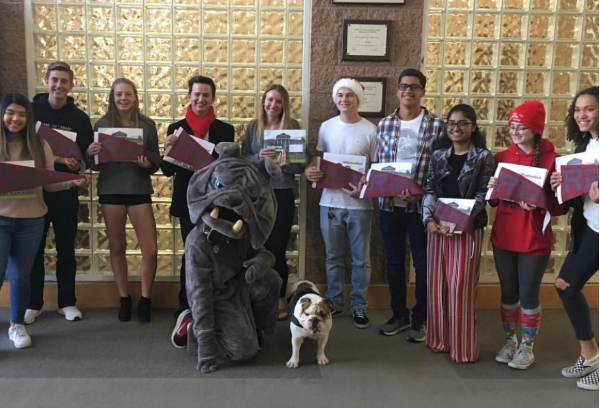