Rebecca Lyons named University of Redlands Professor of the Year 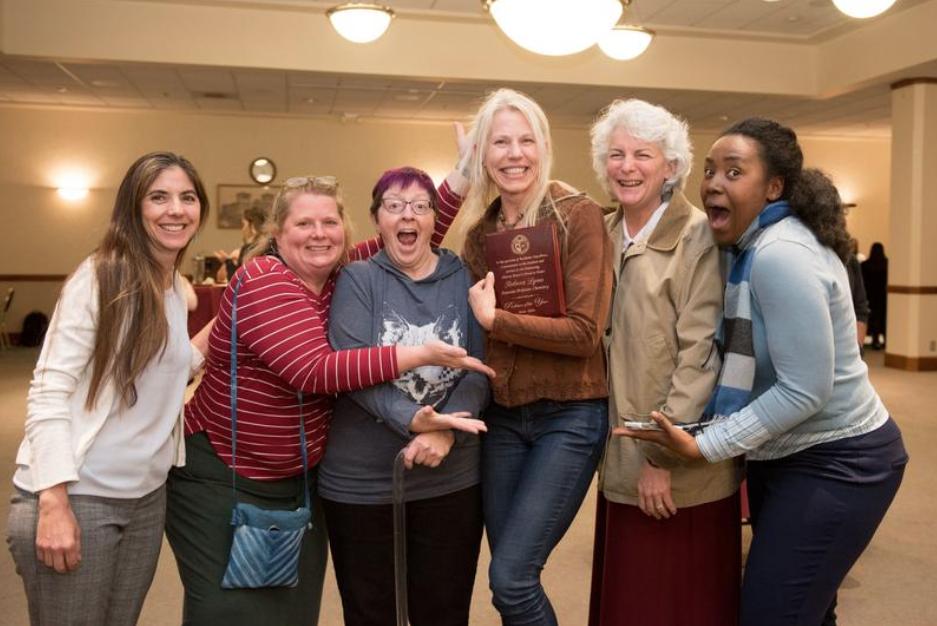 Rebecca Lyons celebrated by colleagues after Professor of the Year win. Photo by Coco McKown.

“Being a teacher in the College of Arts and Sciences is a noble calling. It is noble to assist students in the liberating joy of discovering knowledge that restructures how they see the world. It is also noble to help students take the beginning steps in a profession that will provide lifelong satisfaction,” said Associate Dean of Student Engagement David Schrum.

The Professor of the Year distinction recognizes faculty members’ outstanding teaching abilities and important contributions to the University community. While the Mortar Board Honor Society facilitates the voting process, the nominations for the award are student-driven.

“She works every day to not only ensure that her students are prepared for the rigor of graduate-level work in chemistry, medical school, and work in research fields, but also makes connections that keep her students feeling seen and loved,” said Associated Students of the University of Redlands President Jacob Miner ’20.

Throughout her time at the University, Lyons has mentored more than two dozen research students and co-authored a number of publications and presentations alongside students.

Chemistry Club President Jared Cellini ’20 spoke about how Lyons’ mentorship has enhanced his experience at the University of Redlands. Recalling a group hike that she led, he explained that her passion for science and the environment is felt by all of her students.

“This is such an amazing group of people to be a part of—I look around at my fellow educators and I’m honored to stand with you. More than anything, my students are amazing and I love them, and it’s really great when it’s reciprocated,” Lyons said.

This was the 62nd year that Mortar Board undergraduates honored a distinguished faculty member who embodies the group’s ideals of scholarship, leadership, and service.

Mortar Board began at the University of Redlands in 1943 as a women’s senior honorary group, known as W.E.B.S., Wisdom, Excellence, Belief, and Service. In 1955, it became recognized as an official chapter of the Mortar Board National Senior Honor Society, and, in 1975, membership was opened to both men and women.