The Sweetgum Scale is round and dorsoventrally flattened. They are part of the armored scale family, building tough outer shells to help protect them as they feed. They build this waxy, protective covering from frass, plant matter, and the exoskeleton shed in their first two molts. While all scale insects build a protective coating, only the Diaspididae family include their discarded exuvia (old exoskeletons). 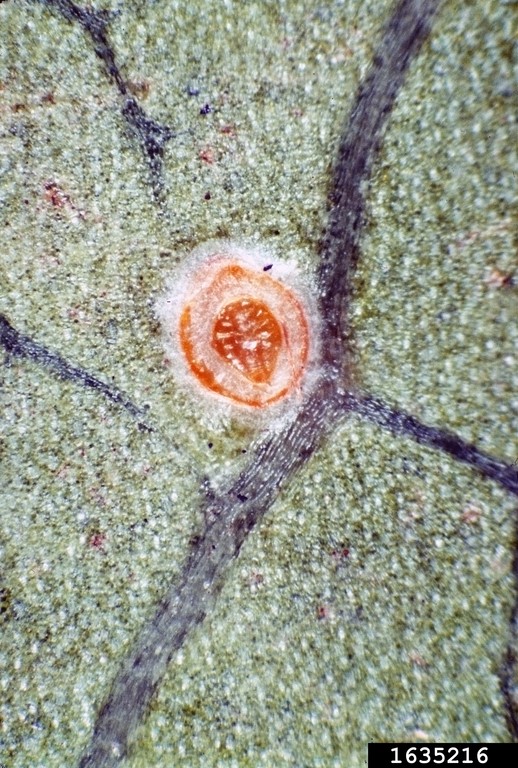 Ecological Notes: This insect can be found on nearly any part of the tree, though they do avoid roots. They cause relatively minor damage to plants as individuals, however with a large enough population they can cause some damage and reduced growth. They form galls on the leaves of Sweetgum trees than can cause the leaves to yellow and drop off. 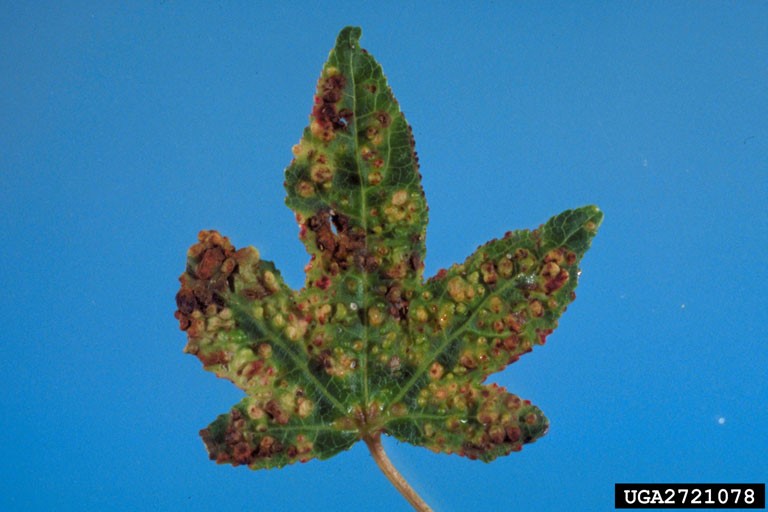 Control Measures: This insect can be considered a pest when present in large numbers. The galls that they form on Sweetgum leaves can be considered unsightly and the scales may be treated for aesthetic reasons. Sweetgum scales are not commonly considered a problem, so insecticides are the most common method for removing them.

The Cottony-Cushion scale is a round, reddish-brown insect from the Monophlebidae family, commonly referred to as the giant scales. Cottony-Cushion scales build a protective casing around themselves, remaining under this shell as they feed. Their most distinctive trait is the white egg sac produced by the female, often larger than her own body. Females are wingless and capable of reproducing asexually if the rarer males are not present, allowing populations to grow rapidly in favorable conditions. 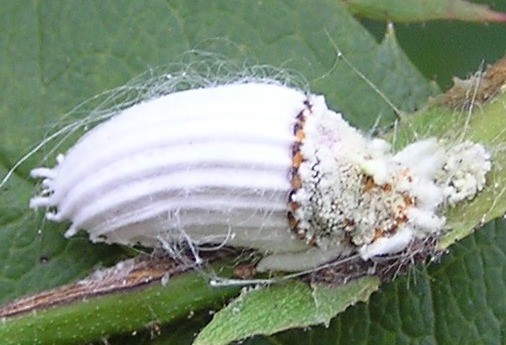 Native Range: The Cottony-Cushion scale is originally from Australia. It was accidentally introduced into California in the late 1800s and has become an invasive pest in both North America and Europe. The American Sweetgum tree is one tree that has been adopted by these insects as a novel food source.

Ecological Notes: Cottony-Cushion scales are considered a destructive pest and significant threat. They deplete their host trees of sap and secrete honeydew that can cover leaves and cultivate sooty mold. As sooty mold spreads over leaves, it blocks photosynthesis which can cause branches or even entire trees to die. While the Cottony-Cushion scale prefers citrus trees, it will also infest Sweetgum trees, primarily attacking the branches and trunks. The Cushion scale does have a few predatory insect species also native to Australia. The Vedalia beetle, Rodolia cardinalis, will lay its eggs beneath the scale or even attach them to the scale’s egg sac. Both the larval and adult stages of the beetle will feed on the scale. Another predator, Cryptochaetum iceryae, is a parasitic fly species native to Australia that will lay its eggs within a young or mature scale. The larvae will feed on their host before emerging as a mature fly and killing the scale in the process. However, the Cushion scale also has a mutualistic relationship with some ant species. The ants will protect the scales from predators while farming them for their excreted honeydew.

Control Measures: The most successful method for controlling the Cottony-Cushion scale has been to introduce its predator species into California. Both the Vedelia beetle and parasitic fly are common in coastal regions of California and the Vedalia beetle is also capable of moving further into the drier regions of Southern California. The combination of these two predators is an effective control of the Cushion scale.

The adult moth is dark gray with bands of black and brown on the forewings. The larvae are initially white with a brown head but darken as they age. Their presence on a tree can be detected by dark frass pellets that litter the bark around their entrance holes. They also pupate in burrows underneath tree bark, spinning loose cocoons that can be found surrounded by frass. 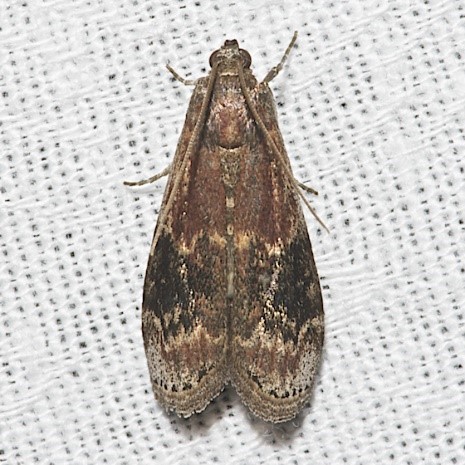 Native Range: The American Plum Borer can be found all over the United States as well as in northern Mexico and southern Canada. They feed on a wide range of trees, including American Sweetgum which is native to the same regions as the Plum Borer.

Ecological Notes: The Plum Borer begins feeding in areas of a tree that have already been damaged by disease or another herbivore. They prefer to burrow into already existing cracks in the bark where they create entrance holes that often leak sap. They feed primarily from the trunks or large branches of trees. They are not typically seen as significant threats on their own; however, they can become a major pest in the right circumstances. If a grove of trees has already been damaged by disease or mechanical injury, the Plum Borer can do serious harm by preventing trees from repairing themselves. They may also prevent grafts from taking hold by burrowing between the graft and the tree. Due to its large range, the Plum Borer is parasitized and predated upon by many different insects and birds.

Control Measures: The most common method for handling the Plum Borer is to prevent it from infesting trees in the first place by protecting the bark from damage and disease. Plum Borers live and pupate beneath bark, so it can difficult to treat the immatures with pesticides. However, it can be possible to disrupt the mating behaviors of the adults. By releasing synthetic sex pheromones, male Plum Borers can be attracted to traps where they will be unable to mate. This method, along with natural parasitoids and predators, can be enough to control Plum Borer populations.