Habit: The lifespan of Oregon Ash can reach up to 250 years. In dense forests, Oregon Ash develops short, thin crowns with small branches on long, straight trunks. In contrast, trees growing in the open develop broad, rounded crowns with large branches on short boles. When fully grown, they can reach 60-80 feet in height and have a DBH of 16-30 inches (a measurement of the tree's diameter at roughly 4-5ft above the ground). They develop relatively shallow but incredibly dense root systems that have expansive reaches in order to pick up enough nutrients. With time, the Oregon Ash has adapted the ability to dry quickly with minimal damage and fast growth. 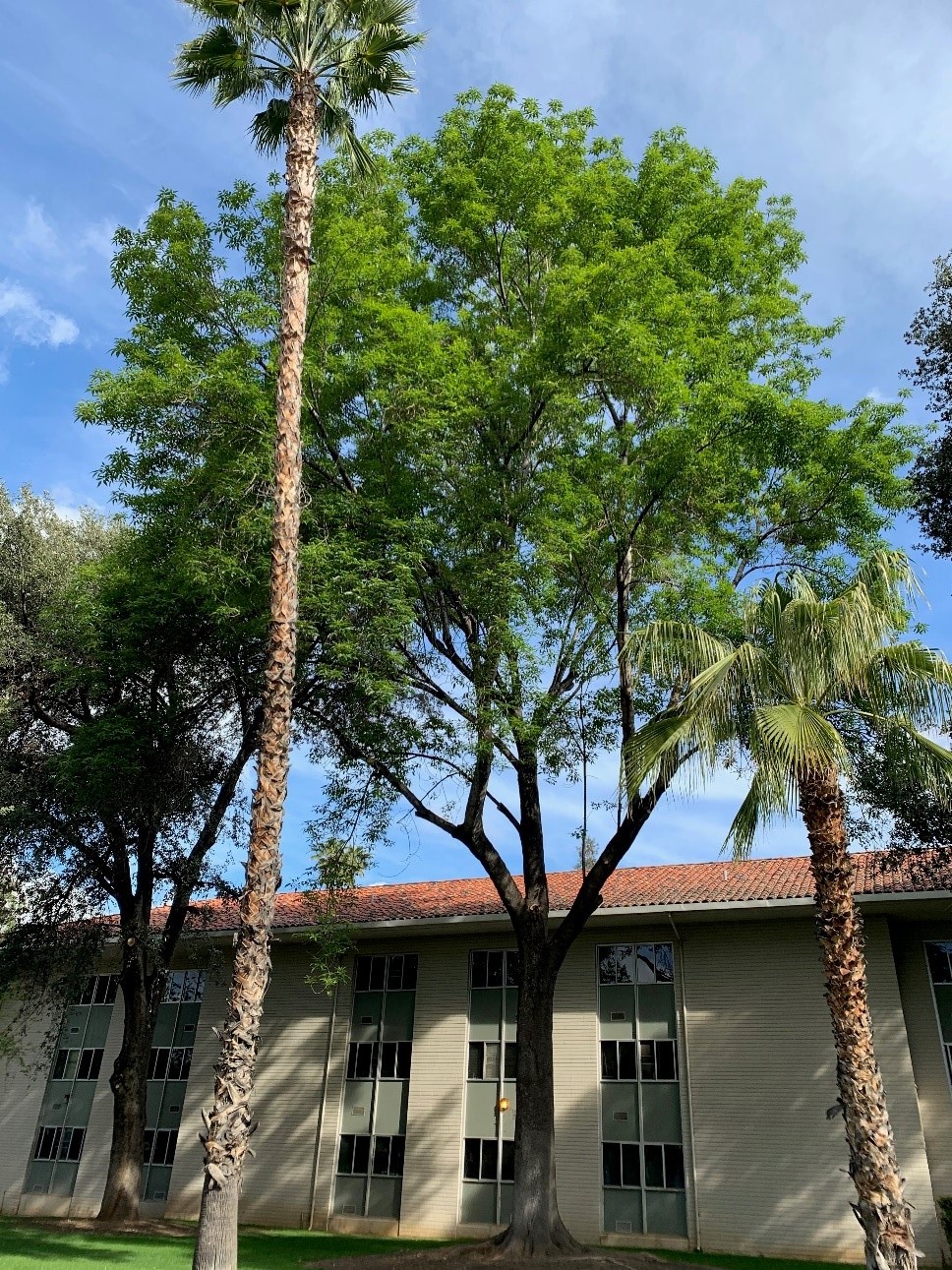 Fig. 1- Photo of the Oregon Ash on the University of Redlands campus. It has developed a very long trunk and rounded crown due to human intervention and has almost reached its full height.

Leaves: Latifolia translates to “wide leaves” in English. Oregon Ash’s leaves are considered compound and grow in a parallel manner on both sides of the new growth (pinnately) – holding five to seven leaves in total. The leaves are ~15cm in length when fully grown and ~5cm in width. 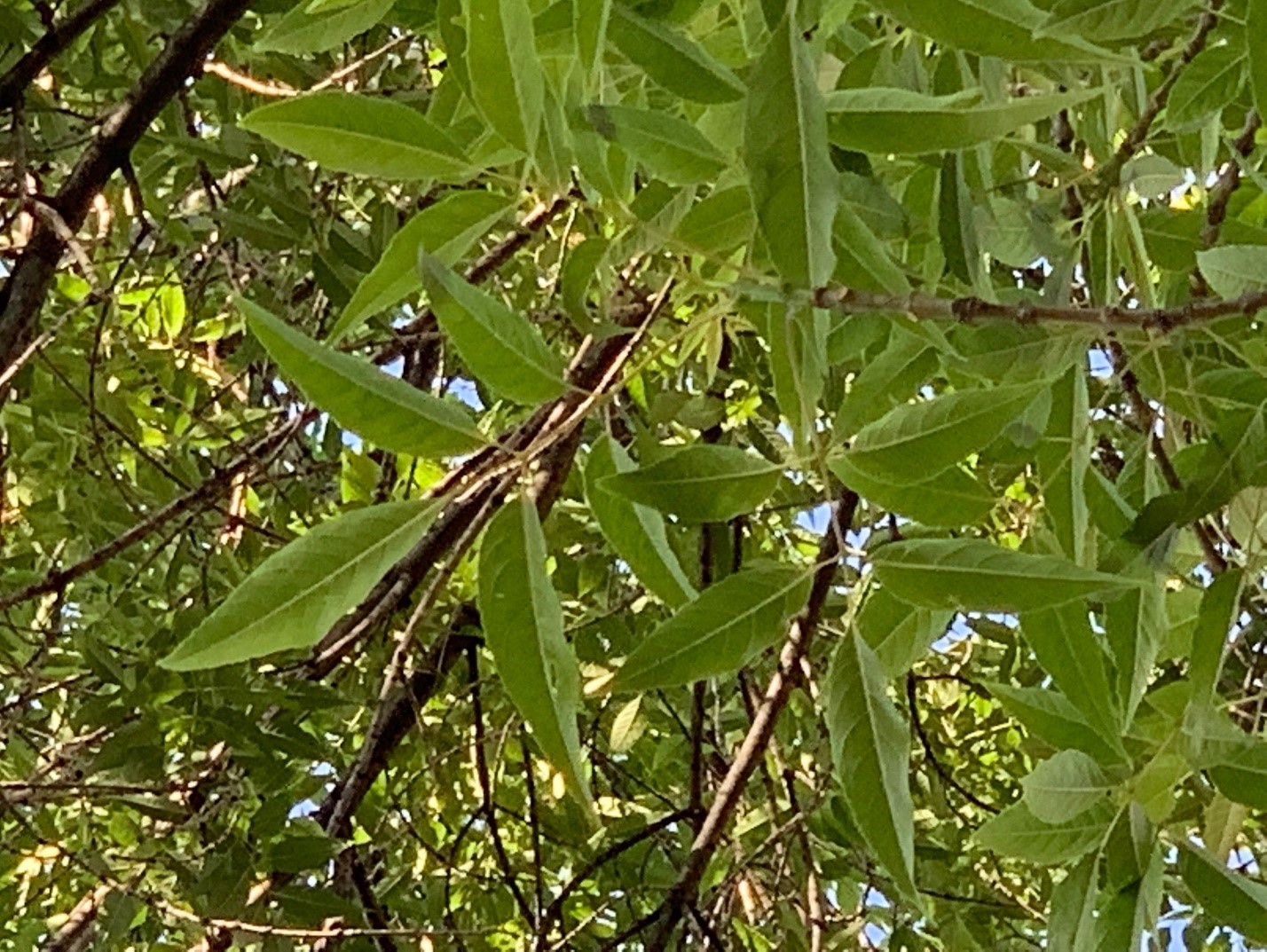 Fig. 2 – is an example of the pinnately compounded leaves that are unique to a small group of trees species.

Twigs & bark: The Oregon Ash has light grey, vertically-ridged bark which creates diamond-shaped spaces in between the ridges. Young trees have much smoother bark with very distinct branch bark collars (a unique circular bulge that appears when a branch splits into new growth). Additionally, most of their branches and twigs are very straight.

Flowers & fruits: The Oregon Ash’s light green flowers begin to grow during the months of March-May; they grow at the base of the new growth annually in clusters. The Ash only starts producing seeds once it reaches about 30 years of age, but once it does it produces samara fruit; long, 3-5cm flattened ovals that act as a mechanism for protecting their inner contents. They ripen and turn brown around the beginning of fall, (August-September) and then fall off the tree. 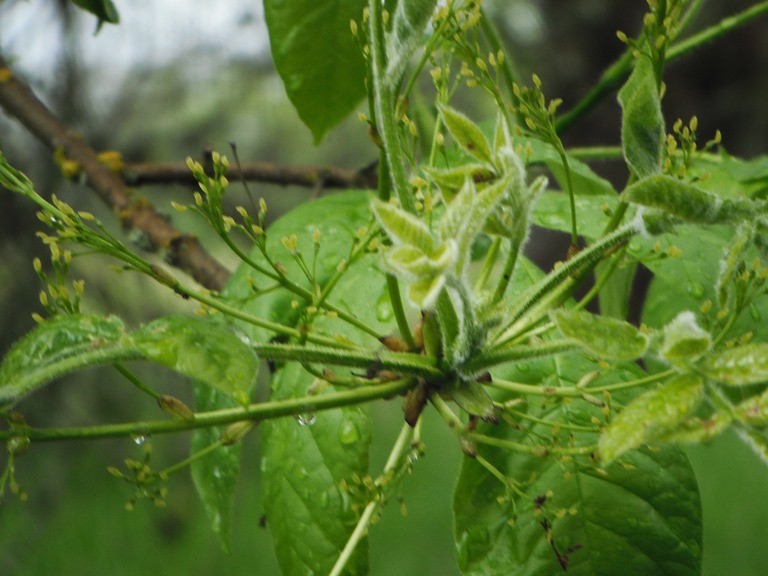 Fig. 4 – Light green flower cluster growing at the base of the new growth 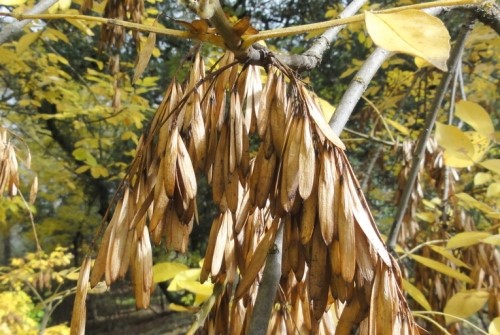 Native range: The Oregon Ash is the sole native species of the Fraxinus genus present in the Pacific Northwest. Its native habitat includes moist/damp soils with ample humus located in valleys or in proximity to streams, lakes, and floodplains; in addition, clay and silt-texture loams are ideal growing conditions for Oregon Ash's growing in the central Willamette Valley of western Oregon. The tree can be found in terrain ranging from northern Washington (latitude 48oN) to southern California (latitude 35oN), on the west side of the Cascade Range and the Sierra Nevadas. In Washington, the Puget Sound shorelines and the southwestern coast contain an abundance of the Oregon Ash; however, it veers away from the Olympic Mountains. It appears largely in the Columbia Basin and the streams/valleys of northwestern Oregon, as well (Owston, 2009).

The tree thrives in locations with moderate, humid summers and mild winters which is common in its most northern habitat range. It favors average yearly temperatures from approximately 8-9° Celsius generally receiving 1500-3000mm of precipitation, during the fall and spring. In terms of elevation, it can be found on land as high as 1520 meters but generally does not grow in locations lower than 910 meters.  The Oregon Ash is especially susceptible to attacks from aphids, and its foliage is commonly consumed by butterfly larvae including the Pale Swallowtail, Two-tailed Swallowtail, and Western Tiger Swallowtail butterflies. Birds and small animals also eat their winged seeds. Some associated vegetation includes black cottonwood, California-laurel, white alder, red alder, bigleaf maple, Oregon white oak, California-laurel, California sycamore, and various willows. Shrubbery affiliated with the Oregon Ash in its native range includes the snowberry, hawthorn, serviceberry, mock orange, crabapple, and Himalaya berry. (Niemiec, S. S., Ahrens, G. R., Willits, S., & Hibbs, D. E., 2019).

Figure 6- Map depicting the native range of the Oregon Ash

Ecological notes: Oregon Ash trees spread by distributing their winged seeds via wind in the months of September and October, though this does not occur until the trees reach roughly 30 years of age and are able to produce samara. This process requires moist organic matter-rich soil for germination to commence. Flooding can also disperse seeds, but few seedlings result when the seeds appear on sandy stream beds. Most of the seedlings establish in riparian forests after flooding due to the presence of silt, especially wet grasslands and fields after experiencing disruption to the land like plowing (Owston, 2009). Sixty percent of Oregon Ash seed destruction is due to an insect called the emerald ash borer, along with an assortment of other pests and insects that feed on its foliage and twigs. This specific beetle is capable of killing an Oregon Ash within a few years. The larvae penetrate the tree’s bark by burrowing and then eating their way along the insides of the trees cambium and phloem creating tunnels invisible from the outside, which prevent the tree from transporting enough water and nutrients to its extremities - eventually resulting in death. (Wenning, 2016). Beaver and nutria often use the tree as a habitat/food source which can be damaging. In addition, the Oregon Ash is susceptible to the growth of fungi that causes spotting on leaves and chalky mildew. Mistletoe growth on the trees can also result in a “heart rot” causing many interior defects in older trees (Niemiec, S. S., Ahrens, G. R., Willits, S., & Hibbs, D. E., 2019).

Historically, Natives used the tree as material for canoe paddles and digging sticks. Because the Ash is easy to shape and manipulate, bonds favorably with adhesives, and can bare smooth holes. It is often used for cabinets, paneling, veneer,  furniture, tool handles, millwork, crates, flooring, pallets, boxes, and firewood (Niemiec, S. S., Ahrens, G. R., Willits, S., & Hibbs, D. E., 2019). Its most prominent use, however, can be attributed to its ease of splitting and high heat value that make it the perfect resource for firewood. The symmetry, speed of growth, and durable structure of Oregon Ash have made it a popular candidate as an ornamental tree and a street tree in cities in the native range, as well as the Eastern United States, southwestern British Columbia, and western and central Europe botanical gardens (Owston, 2000). 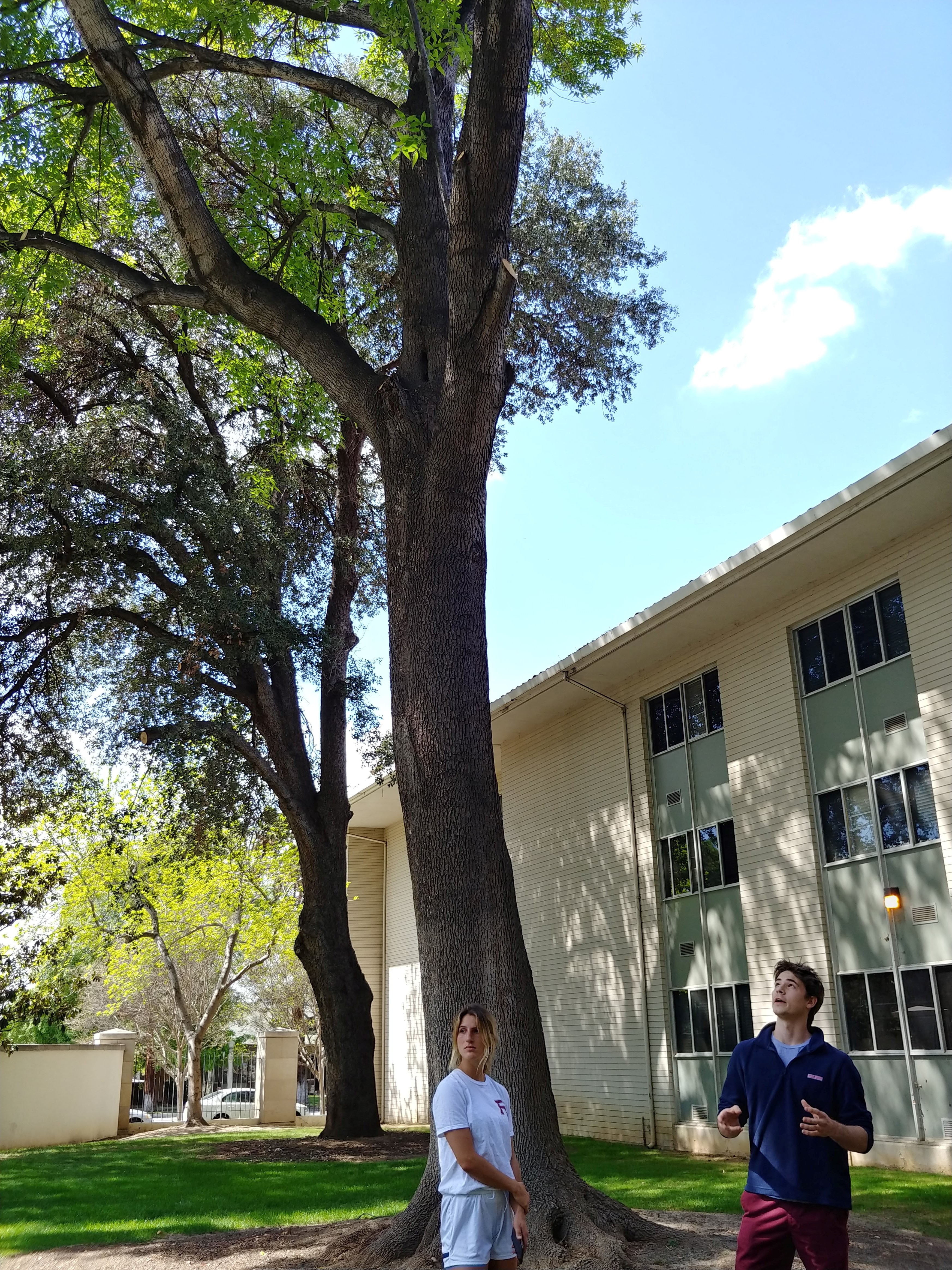