Many insects are associated with the Coast Live Oak (Quercus agrifolia). Some have no known negative impact on the oak, while the presence of others can have dramatic and even fatal effects.

Identification: Adult beetles are about 10mm long and are somewhat bullet shaped1. They can be black or metallic green and often have six gold-colored spots1. Larvae are grub-like with “two pincherlike spines at the top of the abdomen”1. 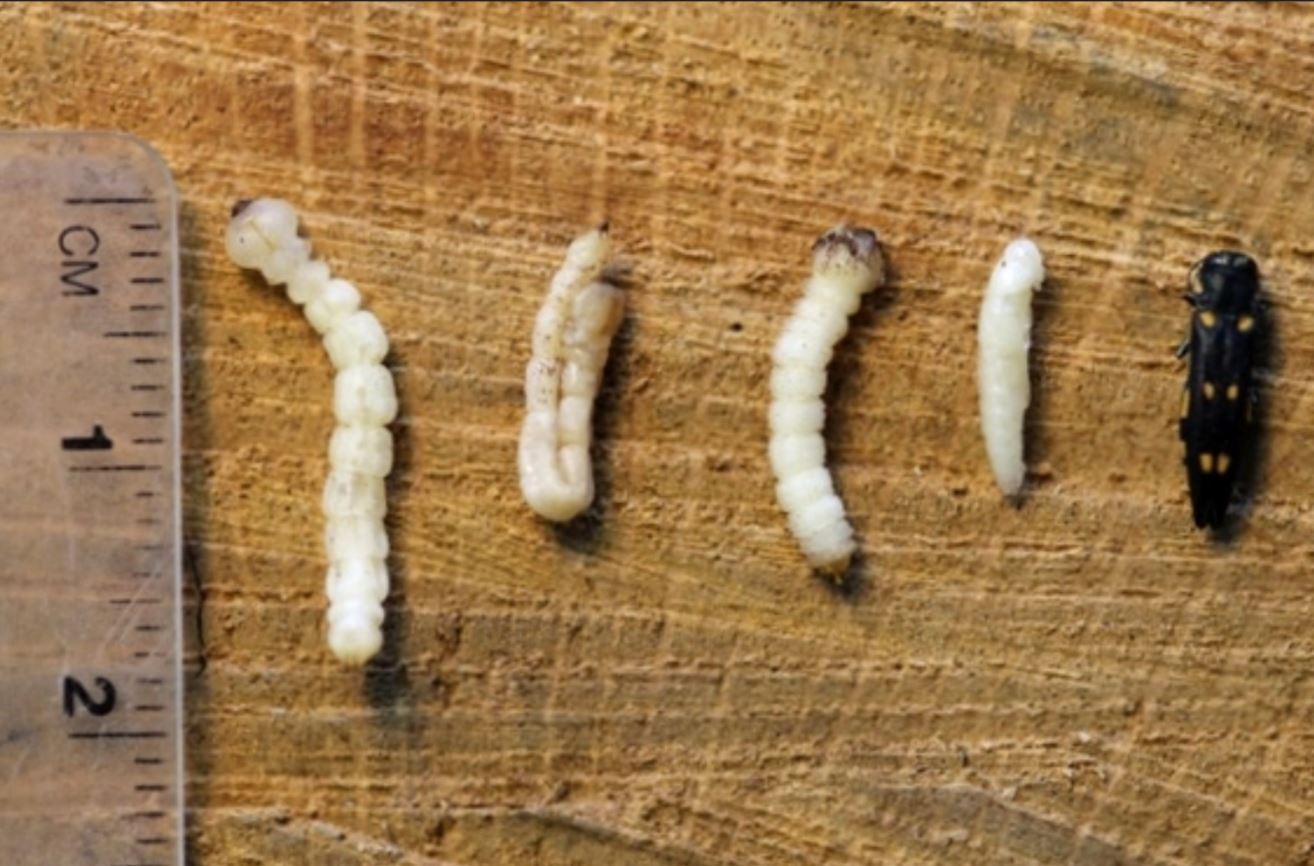 Native Range: Originally from southeastern Arizona. Detected in Riverside in 20042.

Ecological Notes: Larvae extensively feed on the inside of oaks, resulting in disrupted water and nutrient uptake which can result in the death of the tree1. Adults feed on leaves, but their impact is negligible1.

Identification: The worm is black with long yellow stripes while moths are about 15mm long and tan in coloration3. 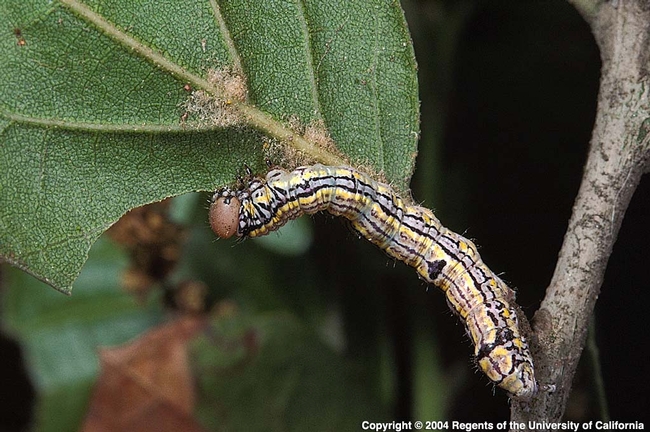 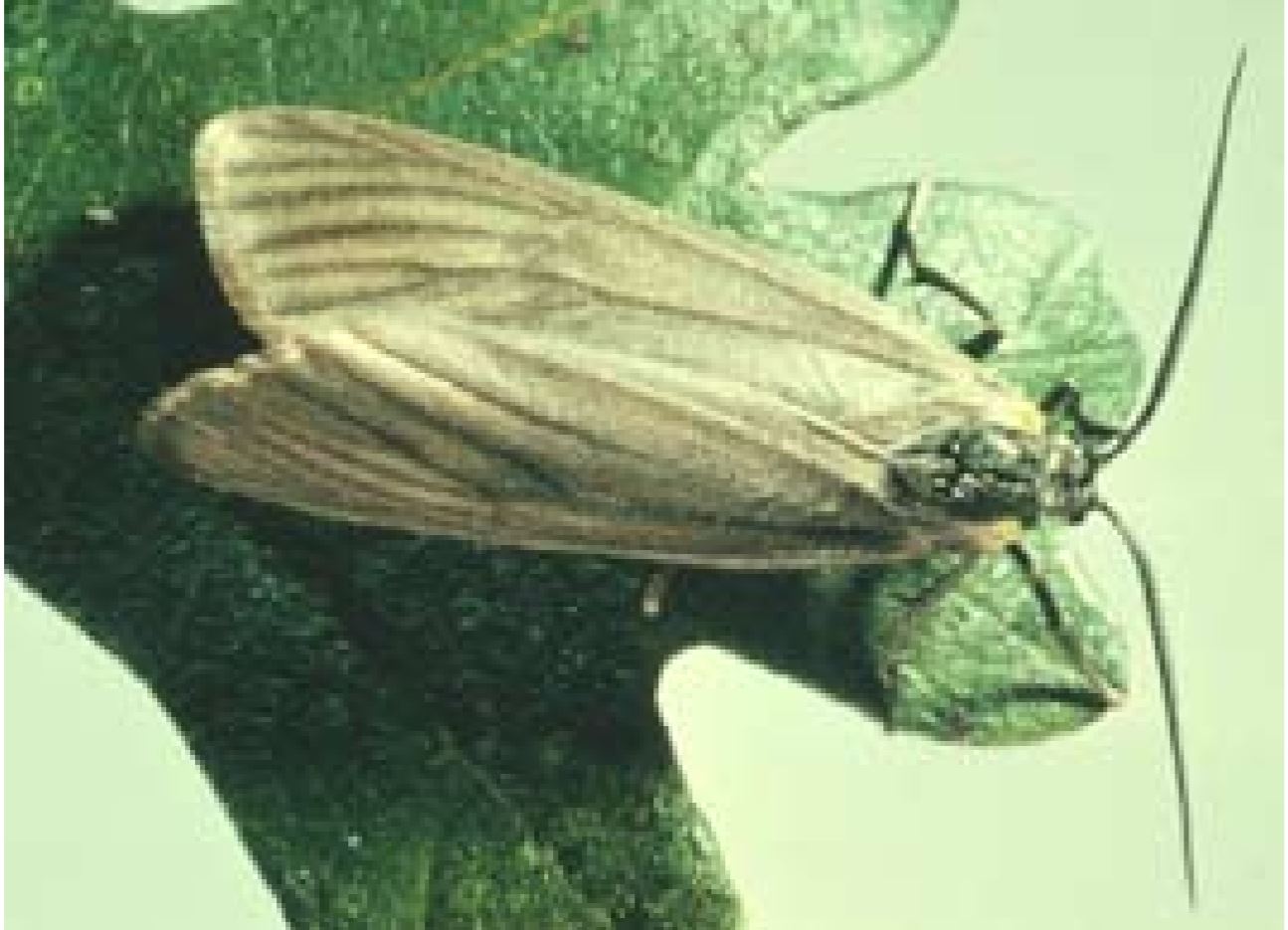 Native Range: Coastal California and parts of the Inland Empire3.

Ecological Notes: Caterpillars are voracious eaters and can completely defoliate trees – this rarely, if ever, kills the tree3.

Control Measures: Since the California Oak Worm and Moth are native to California, their presence usually does not warrant chemical control measures4. Instead, natural predators such as parasitic wasps and parasitic flies can be utilized to control their population4.

Identification: Adult beetles are metallic brown or bronze and are about 7mm long3. Larvae are white, legless, and can be up to 19mm long3. 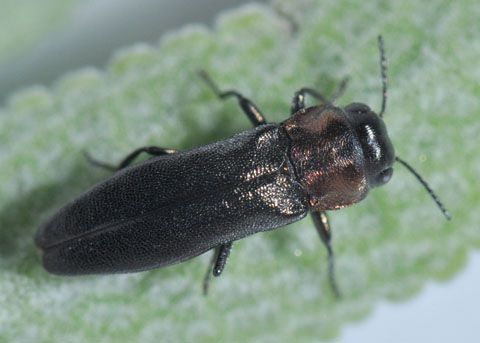 Ecological Notes: Larvae bore into twigs and create flattened, spiral tunnels which kills the twigs and can cause parts of the oak canopy to die3.

Control Measures: This beetle appears to target oaks weakened by drought and does not kill the oak3. Its presence does not appear to necessitate management3.

Further Information and References:Hundreds of species interact with the Coast Live Oak; as such, this document falls short of describing the nuance and plethora of insect interactions with this particular tree.

If you would like to learn more, refer to the following websites and publications: