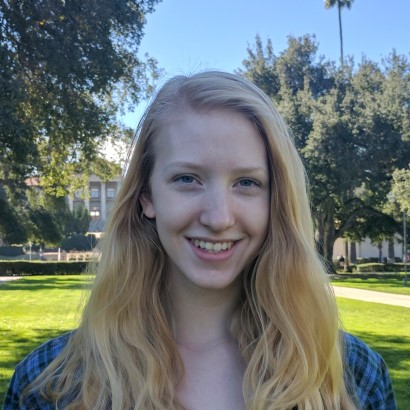 Sera Gearhart is currently a second-year undergraduate student, studying Public Health Policy, French, and Mathematics at the University of Redlands. During the 2016-17 academic year she has been a research assistant for Professor Gregory Thorson, examining the link between gaps in educational attainment, and income inequality as observed across the globe. During her 2016 May Term studies, Gearhart travelled to Swaziland, a small country in Southern Africa, to participate in community service projects with care points that serve children impacted by the HIV/AIDS epidemic. On campus, Gearhart is a proud committee member of PEERS, a student government group based on improving campus-wide mental and physical health, and is a member of the Proudian Interdisciplinary Honors Program. In the fall of 2017, Gearhart plans to study health policy abroad in Geneva, Switzerland.

Gearhart grew up in Eugene, Oregon where she delighted in the state’s beautiful mountains, valleys, and coast; and learned the value of maintaining good health through a love of exercise. She has been an avid rock climber—competing on the national level—for over 10 years. After completing her undergraduate degree Gearhart plans to pursue a graduate degree in Public Health Policy, and hopes to conduct epidemiological research on an international scale.

Gearhart has deferred her internship until 2018 and plans to intern internationally with focus on public health policy. 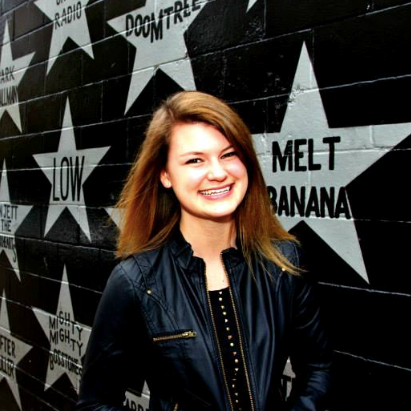 Veronica Knutson is currently a junior at the University of Redlands, double majoring in Public Policy and Creative Writing. Her areas of interest are healthcare, women’s rights, and the environment. She is originally from Saint Paul, Minnesota, and has fallen in love with the California sunshine! Her involvements on campus include being a trip leader for Outdoor Programs, a member of Young Progressives Demanding Action, a member of Pi Sigma Alpha (the honors Political Science fraternity), and the Vice President of Golden Z (a women’s rights organization). Reproductive rights are of particular importance to Veronica and she has done extensive research on abortion access in the U.S. Her dream jobs include working for Planned Parenthood, the United Nations, or the Guttmacher Institute, however she is very open to any great opportunity. Knutson studied abroad in Salzburg during the Fall 2016 semester with 20 other Bulldogs. She will also be studying abroad a second time the Fall 2017; and will be learning about public health in South Africa, Vietnam, and Argentina. In her spare time Knutson enjoys reading New Yorker magazine, visiting art museums (The Broad in LA is a favorite), exploring Joshua Tree, and writing in all forms. She has thoroughly enjoyed her time at Redlands thus far and is incredibly thankful for the many opportunities she has received. The small school atmosphere along with numerous wonderful professors have allowed her to feel thoroughly challenged and supported in my academic endeavors. Knutson has grown tremendously as both a student and a citizen, and is very excited to take her knowledge and apply it in Washington D.C! She has never been before and is thrilled to spend the summer exploring the many museums and libraries, eating cupcakes on the daily, and running around in a sweaty suit adding to the dynamic energy that keeps the capital going. Knutson is also excited to run into high-profile politicians and shake their hands too enthusiastically. Interning in D.C. this summer thanks to the Hall Network Award will allow her to develop as a professional and learn the skills necessary to be successful in the political world. Knutson is endlessly thankful and proud to be a Hall Network Intern!

Knutson will be interning with Congressman Pete Aguilar, who represents the 31st district of California (San Bernardino County). She will be spending the summer working to help Pete's office run as smoothly and efficiently as possible. 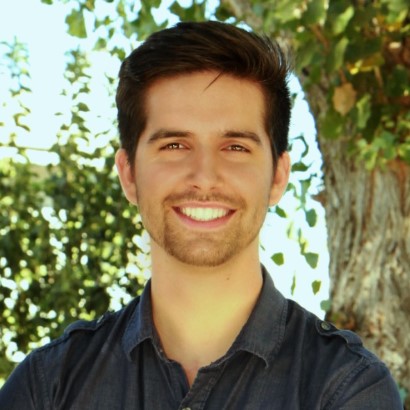 Ben Purper is a senior at the University of Redlands majoring in International Relations with minors in Latin American Studies and Instrumental Performance. Purper is from the Redlands area, and went to high school in Redlands before starting at the University of Redlands in 2013. His  academic interests are focused on human rights and constructivist international relations theory, but his primary interest is journalism. Purper plans to use this opportunity from the Hall Network for Innovation in Public Policy to intern with a local newspaper or radio station so he can improve his reporting skills and gain first-hand experience in a newsroom. His ideal career would be a foreign correspondent or editor for a news source’s international desk, especially in Los Angeles or San Francisco. Purper also studied abroad in Buenos Aires, Argentina during his junior year, and has been looking forward to traveling in South America again ever since. The Hall Network internship is the first step in his post-graduation path towards a career in journalism and international affairs.

Ben's internship will be at KVCR-FM, a National Public Radio station that operates out of San Bernardino Valley College. He'll be working with David Fleming and Rick Dulock, who together have over 40 years of experience at KVCR and other NPR member stations. His responsibilities as an intern will be using digital audio software to edit interviews as well as interview journalists about local news stories, which will go on the air. At KVCR he'll be able to work in both News and the Arts & Entertainment programs.

Sophie Vogel grew up in Wyoming, attending public school. She went to University of California, Santa Cruz, studied abroad in Santiago, Chile for two semesters and graduated with a BA in Latin American and Latino Studies. After working as an AmeriCorps Member for California Library Literacy Services in 2008, she worked as a Research Associate for WestEd for three years where she investigated the achievement gap in pre-K mathematics. Vogel earned a MA in Higher Education Leadership at University of San Diego. She worked on campus as a Graduate Assistant at the United Front Multicultural Center and at the Institute for College Initiatives and worked as an Academic Advocate for Chula Vista Promise Neighborhood at South Bay Community Services. She is in her second year of her Doctorate of Education in Leadership for Educational Justice at University of Redlands. Vogel was working as the Program Specialist for Building A Generation before she recently accepted a position as College Access Coordinator for BLU Educational Foundation. Sophie’s academic focus is on rural student postsecondary attainment and she is considered leaving the great state of California to pursue personal and professional interests in Colorado.

Vogel will intern for the Denver Scholarship Foundation in November after her Redlands area doctoral study commitments are completed.  Her intern placement will enhance her research and commitment to issues surrounding college access, success, and their policy implications.